Why it’s time for me to move on 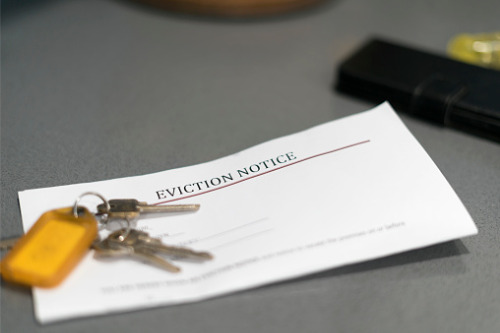 On Tuesday, after the expiration of both expanded unemployment insurance payments and a federal eviction ban created weeks of tension between landlords and renters, the Centers for Disease Control and Prevention announced the implementation of a temporary eviction moratorium that applies to all U.S. rental units until December 31. The moratorium goes into effect immediately.

“In the context of a pandemic, eviction moratoria – like quarantine, isolation, and social distancing –can be an effective public health measure utilized to prevent the spread of communicable disease,” reads an unpublished CDC agency order scheduled for publication to the Federal Register on September 4. “Eviction moratoria facilitate self-isolation by people who become ill or who are at risk for severe illness from COVID-19 due to an underlying medical condition.”

The moratorium comes in the wake of immense public pressure from renters’ rights advocates to implement a fresh nationwide eviction ban. In June, The Aspen Institute estimated that 23 million renters were at risk of eviction once federal and state moratoriums expired. A July 15 NBC story put the figure at 28 million.

Jonathan Needell, president and CIO at Kairos Investment Management Company, says he has seen little evidence that the country is headed for a hurricane of evictions.

“I don’t even know where those numbers come from,” Needell says.

Twenty-three million evictions would equate to something like 34 percent of all multi-family renters. Even half or a third of that number would be unlikely considering the country’s reported 10.2 percent unemployment rate for July. Needell feels some may be looking at the equation from the wrong angle.

“Ninety percent can pay their rent because they’re employed,” he says.

Prior to COVID-19, Needell says KIMC typically collected between 98 and 99 percent of its rents, with rents from affordable housing tenants often coming in at a rate of 99.5 percent. Once the pandemic really sank its teeth into the economy in April, he says “pretty much the whole industry” saw a collection rate of around 95 percent. That number, according to the National Multifamily Housing Council’s Rent Payment Tracker, has fallen since then. NMHC reported a 93.3 percent payment rate as of July 27. By August 27, that figure had shrunk to 92.1 percent, a year-over-year decline of 210,458 households.

Needell says KIMC’s properties collected around 95 percent of their rents for August, the month many CRE-watchers were expecting the first wave of evictions to hit. He remains confident that the current situation isn’t a balloon set to burst all at once.

“It’s going to be a balloon that leaks out over time,” he says, estimating that credit loss, or the percentage of non-paid rent, is going to “creep up by a half-a-point to a point every month until this is over or we get another fiscal stimulus package.”

Pointing to two of the few positive trends witnessed during the pandemic, Needell says some tenants may be better prepared now to meet their rental obligations than they were in April or May. Both consumer and credit card debt shrunk significantly in the second quarter of 2020, which should provide more breathing room for many renters, while the savings rate from May to July averaged a relatively colossal 20.5 percent. According to the U.S. Bureau of Economic Analysis, the personal savings rate in July 2019 was 7.7 percent.

Needell says fear will also inspire renters to do all they can to stay in their homes.

“If you’ve got to keep a roof over your head, and COVID-19 is out there lurking in the homeless encampments, you’re going to pay your rent if you can be evicted,” he says. “If you can’t be evicted, you may just squat.”

Needell feels his projected “slow leak” will last until October, when he expects a new federal aid package will finally be put together by a pig-headed and largely ineffectual Congress desperate for a self-serving pre-election win.

“I believe the political pressure to pass something will make the parties come together,” he says. “And what I mean by that is whoever’s holding it up will cave.”