Why has the $600 billion Main Street Lending Program been such a flop?

TMA urges advisers to use technology to support customers 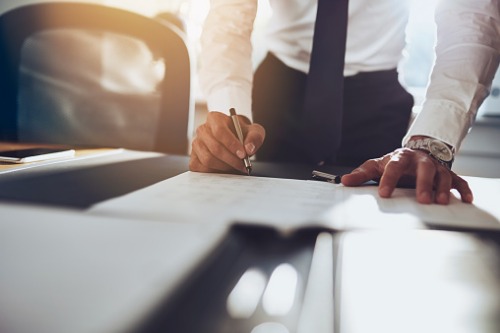 When it was launched as part of the CARES Act in late March, the Paycheck Protection Program received immediate interest from borrowers and lenders alike. That mutual buy-in allowed the program to distribute roughly $522 billion to small (and some not-so-small) businesses in desperate need of cash due to the revenue-choking impact of the coronavirus pandemic.

But with the program having wound down in August, and a large proportion of PPP borrowers saying they will require extra financial assistance if business doesn’t return to normal in the next six months, it’s clear that more help is needed.

Why, then, have so few businesses made use of the Federal Reserve’s $600 billion Main Street Lending Program?

Main Street began as a program for businesses considered too large for PPP, but since its launch in July, its scope has been widened to include small businesses. While certain businesses aren’t eligible for Main Street loans – developers, finance companies, other businesses deemed by the fed to be speculative in nature – most should have access.

“They follow the [Small Business Administration] eligibility requirements, so if you’re familiar with PPP, it piggybacks off of those requirements,” says Asnardo Garro, a partner with law firm ARHMF’s corporate and financial services practice.

As Garro explains, the real eligibility challenge for some businesses will be their debt loads, which factor heavily into the final loan amount. In calculating how much Main Street money a business can borrow, its EBITDA for 2019 is multiplied by four. The company’s debt is then subtracted from the product, resulting in the maximum loan amount. (For businesses applying for a priority loan, EBITDA is multiplied by six.)

Companies carrying high debt loads, like many hotel operators, could find themselves approved for amounts far less than what they require to stay afloat.

“In terms of borrowers being able to qualify, that’s probably the largest issue,” Garro says. “It’s really based on a cash flow model, not an assets-based model, so it works really well for companies that had high earnings, even if they don’t have a lot of assets.”

As of October 30, only $3.7 billion worth of Main Street loans have been issued – just over half a percent of the total funds earmarked for the program.

Reasons for the flop

Garro says there were three primary reasons why Main Street hasn’t taken off.

The first is simply because by the time the program was rolled out to the public in July, PPP had been a highly publicized option for borrowers for over three months. Awareness around Main Street paled in comparison, although Garro said the Fed did a commendable job educating lenders about the initiative. Lenders overwhelmed by PPP demands may have been less willing to take part in another resource-heavy government program.

Second, even though Main Street’s terms were favorable – interest rate of around 3.1 percent, no payments in the first year, interest-only payments in year two before borrowers tackle the principal in years three, four, and five – Garro says the lack of forgiveness involved with the program and its restrictions on dividends, which could impact small business owners who rely on dividends to compensate themselves, may have been non-starters for potentially eligible businesses.

In Garro’s estimation, however, the real problem with Main Street’s failure to launch “is more on the bank side.”

Even though plenty of banks have signed up to be Main Street lenders, they haven’t displayed much appetite for actually distributing the funds at their disposal. Some, Garro says, haven’t been willing to dedicate the same resources to Main Street that PPP has so far required of them, worried that the former may prove to be as much a shape-shifter as the latter.

“[PPP] kept changing, and has been difficult for the banks to deal with,” Garros says. “And they’re still dealing with it through forgiveness.”

Community banks, accustomed as they are to assembling asset-based loans, are also having problems underwriting Main Street’s cash flow-based deals. If, two years from now, many of the Main Street loans start turning sour, difficult questions will be asked of the underwriters involved.

“It’s very difficult to underwrite these loans in this environment with borrowers who aren’t doing well,” says Garro.

With more businesses becoming aware of the Main Street Lending Program, it’s possible that these badly needed funds start making their way to businesses before the December 31 application deadline passes. Garro said a new influx of relief money would be welcomed by businesses grappling with COVID-19 in his home base of Miami.

“At least down here, you’re seeing it in every sector,” he says. “I think it’s just the tip of the iceberg in terms of the pain you’re going to see down the road.”