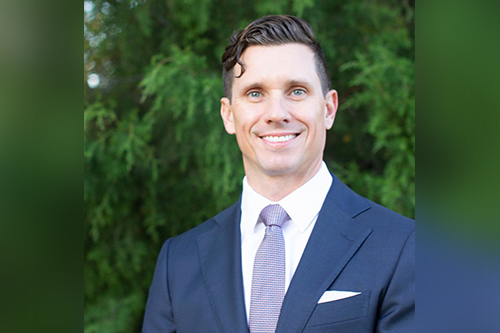 What makes a top achiever in the mortgage industry want to leave an 11-year career at Fannie Mae? That’s what MPA asked Brandon McGee (pictured) this week. The former senior portfolio manager and relationship manager at Fannie Mae has taken a new role at BSI Financial Services as its vice president of MSR transaction management.

McGee says the move is a culmination of the lessons he’s learned over 18 years in the mortgage industry. It’s an opportunity, he says, for renewed excitement and growth with a more agile player on a growth trajectory. It fits with a career McGee has spent moving forward, avoiding too much ease and comfort, and seeking the next big challenge.

“Anytime you leave someplace after 11 years, it’s a tough decision, especially a place like Fannie Mae,” McGee said. “The work that I did was very important to me there. But it did feel like the right time and, moreover, there was just a lot of excitement and what BSI is doing right now in the market, having become one of the largest co issue buyers, not just in in servicing marketplace, but on Freddie Mac’s exchange as well…There’s real excitement from what they’ve done just in the last short bit of time here in the last few months.”

McGee got his start in the industry just out of his poli sci degree at Texas A&M University-Commerce, following classmates who were making a good living in their first gigs out of school. He started as a loan officer, talking to people as he says “about their goals, dreams, aspirations, and the American dream.” While he liked what he was doing, he didn’t think that he’d make his career in mortgages until about five years later, at Fannie Mae in 2009.

Read more: Why consumer stress is nearing a historic low

Tapped for a role at Fannie in the deepest throes of the Great Financial Crisis, McGee leapt at the opportunity. Fannie needed help in its mortgage insurance department and he saw an opportunity to learn what was happening at the epicenter of the crisis. He joined at a moment when delinquencies were as high as they’d ever been and the mortgage meltdown had sent the US economy into a tailspin, dragging the world behind it. At Fannie, he set to work looking for ways to help.

“That place is just stocked full of people that are committed to the greater good of the industry, and making sure that there’s liquidity throughout all facets of the loan lifecycle, and all markets at all times,” McGee said. “I just really appreciated that, that commitment to serve. At that point, it wasn’t about dollars and cents, it was about keeping the economy afloat. I really appreciated that commitment.”

It’s there that McGee realized the mortgage industry wasn’t just good for him, he was good for the industry. He gravitated towards portfolio management at Fannie and then servicing management and client management for some of its giant clients.

McGee said that at Fannie he was most proud of creating reporting around sub-servicing activity. The reporting issue was a blind spot at Fannie, McGee explained, where they couldn’t accurately track 25% of the loans being serviced through the activity. McGee and his team were able to develop controls and reporting around that space which highlighted the importance of sub-servicing and, he claimed, created new efficiencies as Fannie could communicate directly with the sub-servicer.

With accomplishments like that behind him, McGee said he was comfortable leaving the industry giant when the opportunity arose at BSI. He had a good relationship with the BSI leadership team and was excited by some of the challenges of the new role. At a company with recently acquired market share, McGee said his new goal is to create “stickiness” within their seller network by offering clients resources and support that can deepen and strengthen their relationship over the long term. His new lodestar, McGee said, will be about a genuine relationship rather than a “tit for tat” arrangement with clients.

Looking back on his career from his new position, McGee told MPA a few pieces of advice he’d share with mortgage professionals of any stripe and career stage.

“When you’re young, absorb as much as possible, especially from those that have been here a while,” McGee began. “Look for a mentor in a leadership position who has the time for you who can give you honest advice. Be patient, too, and learn to let the game come to you.

“If you want something, though, you should ask for it. It’s one thing to wait around and get tapped, but nobody’s going to tap you if they don’t know you’re interested. Finally, don’t get too comfortable. Look for challenges because, in my opinion, if you’re too comfortable it means you’re not growing fast enough. Take on projects that might push your boundaries and look for assistance on them when you need it.”