What’s next for the Paycheck Protection Program?

Accord Buy to Let reduces rates and introduces 14 products 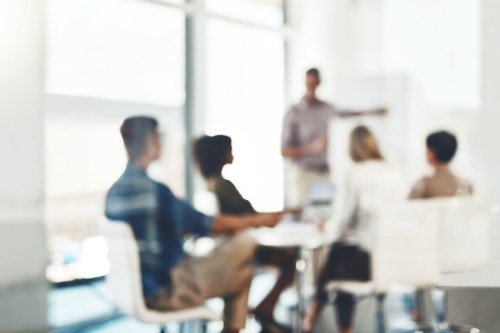 When COVID-19 first started its attack on the U.S. economy, few believed its disruption of American businesses would extend into August. But with the disease once again threatening to grind economic activity to a halt, and the expanded unemployment insurance program likely to be slashed, Congress has been forced to re-evalute another key aspect of the $3 trillion CARES Act, the Paycheck Protection Program, applications for which are set to close on August 8.

Depending on who you ask, PPP has either been a much-needed lifeline for U.S. businesses or a colossal flop.

“It’s our belief that the PPP has definitely aided small businesses,” says Situs AMC CEO Michael Franco. “As the perception of the program’s purpose has now morphed from preserving paychecks to ‘saving small business’, the press has gotten significantly worse surrounding the program. However, it’s hard to argue that the economy and people employed by small businesses would be better today if the program never existed.”

The program certainly has its critics. It was savaged in a recent Slate article, in which author  Jordan Weissman shared the results of an MIT evaluation of the program. PPP was found to have boosted overall employment by two to 4.5 percent among eligible businesses while saving an estimated 2.31 million jobs.

“The country appears to have spent a half-trillion dollars and put just a small dent in joblessness,” Weissman wrote. “What’s more, we only paid for a temporary fix. PPP only provided loans equal to about 10 weeks of payroll expenses; now that the money is running out, some businesses appear ready to start laying off workers again.”

The sense of desperation among businesses was brought into clear focus on July 27, when the National Federation of Independent Business disclosed that 71 percent of small business owners surveyed by the group have already burned through their PPP funds, with the remaining 29 percent “not far behind”, according to the NFIB. Forty-six percent of PPP borrowers expect to need additional support in the next six months, while 21 percent anticipate having to lay off employees even after using the PPP.

“Current economic conditions are putting significant stress on small business owners struggling to balance lower sales, expenses, and longer-term sustainability,” said Holly Wade, NFIB Director of Research & Policy Analysis, in a release accompanying the survey results. “Even for those owners who have exhausted their PPP loan, the economic conditions have not yet returned to levels that can support business activity for many.”

The NFIB recently released a list of legislative recommendations for lawmakers. Its Phase Four Legislative Priorities for Small Business Recovery urges Congress and the White House to provide financial assistance, liability protections, and tax relief for small businesses in their next round of assistance. The group is also asking for reforms to be made to unemployment insurance and for small businesses to be protected from additional regulatory requirements.

Congress appears to be moving in the right direction. The HEALS Act, a new bill introduced this week by Republican Senators Marco Rubio and Susan Collins, would reform portions of the original PPP act and provide both another round of short-term PPP loans and a new long-term recovery loan program.

“Now, Congress must take action to help industries and businesses, especially minority-owned small businesses and those in low-income communities, that have been hit hard by the COVID-19 pandemic,” Rubio said in a press release.

If passed, the bill would provide another $190 billion in funding. In addition to businesses who have yet to apply for the program, money would also be made available for second draw loans for businesses with fewer than 300 employees that have suffered at least a 50 percent drop in revenues.

The bill would also expand forgivable expenses, set aside $10 billion for privately-owned companies that offer financing for small businesses, and allocate $100 billion in low-cost, long-term loans to sectors of the economy considered rural, low-income, and seasonal.

“The separate low-interest, long-term ‘recovery’ loan program established in the package could very well be the true Main Street lending program that the Federal Reserve seems to have missed,” said Karen Kerrigan, president and CEO of the Small Business & Entrepreneurship Council, in a press release.

Whatever shape PPP assumes, it is hoped that the associated loan process will be less disruptive and exhausting for lenders. Franco says that while PPP was a well-intentioned program, the speed with which it was rolled-out and the lack of input it received from lenders resulted in an incomplete program that was destined to require several on-the-fly adjustments, some of them requiring considerable resources.

“Origination systems had to be built and re-built based upon changing interpretations and new rulemaking,” Franco says. “Loan forgiveness systems are suffering under the same weight. The costs associated with processing the forgiveness of these loans far outweigh any fees received.”

As Franco explains, as PPP loan amounts get smaller, the borrowers requesting them are likely to be less sophisticated, resulting in improperly completed loan applications and the many headaches they create for lenders.

“None of the bankers I’ve talked to regret participating,” Robert Franko, president and CEO of First Choice Bancorp told American Banker last week, “but we’re worn out from borrowers asking when their loans will be forgiven.”