What has COVID-19 meant for student housing? 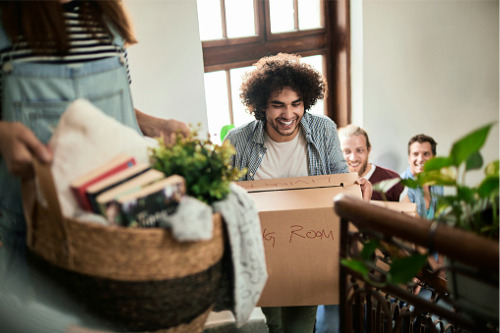 With the White House threatening to withdraw visas for foreign university and college students and Donald Trump and Education Secretary Betsy DeVos encouraging schools in the U.S. to open up as scheduled in the fall despite an alarming rise in COVID-19 infections, hospitalizations and deaths in almost every state, the threat COVID-19 poses to one of the western world’s most critical institutions is just beginning to dawn on most of the country.

That threat has been on the minds of student housing investors for some time. But according to a recent CBRE State of the Student Housing Market roundtable, the challenges faced by investors in the space should be no match for the strong fundamentals that drew them to student housing in the first place.

According to research by Simpson Scarborough, detailed during the roundtable by CBRE executive vice president Jaclyn Fitts, 10 percent of prospective high school graduates with plans to attend college in the fall no longer intend on doing so. But the same survey also found that, if given the choice between pursuing their education online or in-person, 85 percent would prefer a return to campus.

Fitts also described the current de-densification trend being seen on American campuses. In an April survey conducted by the Association of College and University Housing Officers, 70 percent of the institutions polled said they are considering de-densification or reducing bed counts for on-campus housing.

Even the nation’s unemployment woes may be a boon for student housing investors.

“As unemployment increases, so does enrolment growth at public institutions,” Fitts explains. “Given the U.S. is currently facing record unemployment levels, especially among the population with lower levels of education, we anticipate this will propel college enrolment.”

Despite the mind-numbing, is-this-over-yet uncertainty of COVID-19, the student housing sector has performed surprisingly well. According to CBRE’s head of multi-family research, Jeanette Rice, rent collections as of June 20 averaged 93.2 percent across 460,000 tracked beds.

“This was slightly higher than conventional multifamily rent collections, reported at 92.2% through June 20,” she said, adding that leasing activity is gaining momentum. Of the 600,000 beds surveyed by CBRE in June, “leasing velocity is only 2.3 percentage points behind last year.”

There is concern that if international students are forced to return home because their schools commit to an online model for 2020-2021, the result could be hundreds of thousands of empty beds in student housing units. But as Fitts explains, only 77 universities have so far indicated that they will be moving online in fall of 2020, a number that represents only 21,411 of the 1.2 million beds Axiometrics Advisors tracks as purpose-built, off-campus student housing.

“Additionally,” she adds, “approximately 280,000 of the 350,000 Americans studying abroad during the spring semester returned home, limiting the potential decline in international enrolment for fall 2020.”

With September only weeks away, and the situation facing America’s college students as uncomfortable and uncertain as ever, the nation’s student housing investors may be the only ones in the mood to party once the fall semester begins.