What exactly is Ron DeSantis’ plan for renters in Florida? 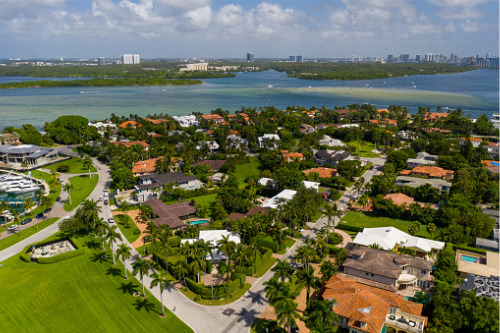 Florida Governor Ron DeSantis is responsible for one of the worst COVID-19 responses anywhere in the world. Rather than shut the state shut down during Spring Break, DeSantis refused to close its beaches. Rather than keep businesses shuttered in an attempt to slow infections and get the state’s economy, including its critical $40 billion a year tourist industry, back up and running, he made Florida one of the first states to re-open non-essential businesses – in May. Article after article has shed a blinding light on DeSantis’ bumbling, deadly COVID-19 response, driven as it’s been by political considerations (if ‘Does the president like me yet?’ qualifies) rather than public well-being.

The original moratorium, instituted in April, suspended “any statute providing for an eviction cause of action,” effectively putting eviction laws on ice. (Eviction notices, however, have continued. Over 400 commercial and residential evictions have been filed in Orange County alone.)

The wording in the extension suspends the “final action at the conclusion of an eviction proceeding,” and only for tenants who have been “adversely affected by the COVID-19 emergency.” According to Jamos Mobley, senior housing attorney for Orange County’s Legal Aid Society, the new wording means landlords can now serve eviction notices to residents who have lost their jobs. The “final action” is being prevented, but the eviction process itself is not.

Mobley worries that most Florida residents, having gotten word of the moratorium’s extension on July 29 (another DeSantis habit: Waiting until the last minute before extending the state-wide moratorium for an additional month) won’t be aware of the recent change in wording. But that lack of awareness could be costly. If, thinking they’re protected by the moratorium, renters ignore court summons related to eviction proceedings, they trigger a fast-tracked legal process in which they are required to respond to the summons in five days. If they do not, they automatically lose their case – and their homes.

“I think everyone misunderstands that this was just another extension and everyone’s covered, but this is not business as usual,” Mobley told the Orlando Sentinel. “We’re back to evictions moving, so I expect a flood.”

Fortunately for some renters and landlords, who may be more than a little wary of searching for tenants at a time when over a million Floridians are still out of work and COVID-19 is infecting thousands of people a week, the Orange County Board of Commissioners approved a plan on Tuesday to use $20 million in CARES Act money to fund a new program for helping struggling renters avoid eviction.

Under the new plan, the county will pay up to $4,000 in rent if a property’s landlord agrees to waive any remaining unpaid amount. Landlords wishing to participate in the program must agree to not continue the eviction process. Applications for the program are set to open on August 25.

But that’s just one county out of 67. Without state-wide action – and a modicum of competence – on DeSantis’ part, there is no telling how many of Florida’s roughly 7 million renters will be at risk of losing their homes.

“The Governor should expand the federal moratorium to all residential properties in Florida,” reads the group’s website, which also calls on the Florida Legislature to pass SB 480, a bill that would place an automatic moratorium on evictions for renters and mobile home owners during, and in the aftermath of, declared states of emergency.