US election: latest results and what they mean for mortgages

No clear winner in presidential race as vote count continues 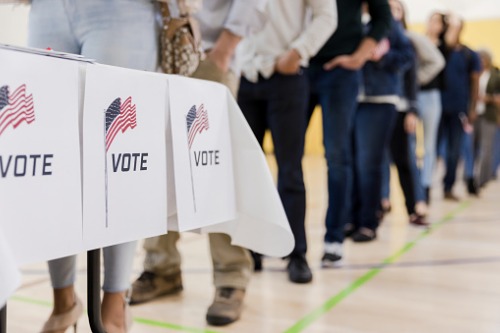 After a long night of vote counting and analysis, the US presidential election hangs on a knife’s edge. A few key swing states will decide between President Donald Trump and former Vice President Joe Biden and their starkly different policy platforms.

As of 9am ET/7am MT, the presidential, Senate, and House races stand as follows according to ABC News:

Mortgage professionals across the country are watching the election closely. Their personal politics aside, the industry knows that the winner of this election will have far-ranging impacts on the shape of American housing, commercial real estate, and the mortgage business for the next four years.

The current uncertainty around who has won the election has some key short-term impacts. Due to the pandemic and a higher percentage of mail-in votes, analysts have predicted we may not know the final result for days, or even weeks. A number of nonbank lenders have made IPOs in the past few months. If uncertainty around the result persists for many days, we could see those lenders buffeted by resulting volatility on public markets.

Key stimulus hangs in the balance, too, with the CARES act currently waiting to be passed. The longer that stimulus waits, the more likely we are to see a liquidity issue rise among debt payors. If uncertainty around the election result, a contested result, or increased political infighting delays the CARES act further, it could prove problematic for the industry.

“We have no issue bringing capital into the MSR asset, the biggest issue is speed,” said Matt Maurer of SitusAMC at the IMN MSR conference in New York.

Biden, on the other hand, has not stated a position on GSE reform, and may very well continue the planned privatization. He has promised, however, to reinstate consumer protections and regulations that had been eliminated by Trump.

One area of the US housing market that looks set to benefit whoever wins is Opportunity Zones (OZs). In an op-ed on GlobeSt.com Reid Thomas, Chief Revenue Officer and Managing Director at NES Financial, a JTC Company, argued that both candidates offer attractive policies for OZs. Trump has signed an executive order directing future federal offices to be built in OZs. Biden has suggested improvements to OZs, including incentivizing community partnerships, ensuring tax incentives provide distinct benefits, and creating a detailed disclosure system for developers. Thomas is convinced that whoever wins the elections, OZs will benefit.

Uncertainty remains the watchword for the industry until more votes are counted and clearer winners are declared. It appears we will have to wait even longer to see exactly how this election will shape the mortgage industry.