Cancelled Mortgage? Why Some Credit and Mortgages Get Cancelled 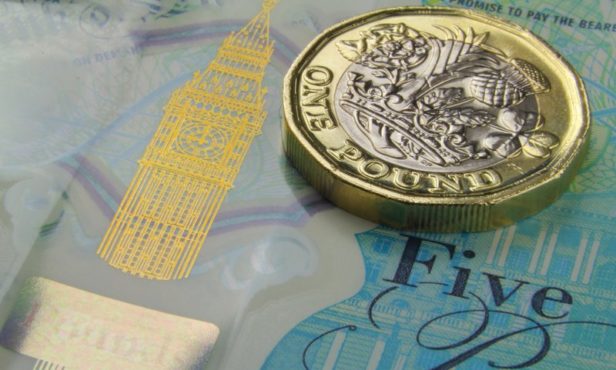 Reflecting the full effect of lockdown and the paused housing market, home mover numbers fell by 61% year-on-year in April 2020, compared to 53% for first-time buyers (FTBs) and 54% for buy-to-let (BTL) purchases, according to the UK Finance Household Finance Review.

The report suggested that the high effect on home movers was likely due to the fact that these buyers usually needing to both buy and sell at the same time, and are far more reliant on the successful formation of housing chains than first-time buyers (FTBs) and buy-to-let (BTL) investors, who are not dependent on selling property.

The particular weakness in homemover numbers may also have reflected a change in some households’ intentions under lockdown, even for those still able to transact.

UK Finance suggested that, even as conditions progressively ease, home movers are likely to see a more delayed rebound, as these chains may take longer to regroup and, in some cases, may not complete at all in their original composition.

Although the closure of the market has affected all parts of the UK, the impact on regional markets has been far from evenly distributed.

Despite seeing the worst of the initial wave of COVID-19 infections, London and the Southern regions of England were somewhat less severely impacted, though they were still down by over 40% year-on-year in Q2.

The deepest impacts have been seen outside England. Northern Ireland saw new mortgages for house purchase fall by nearly two-thirds compared with Q2 2019.

For Q2 overall, UK Finance found that house purchase activity was down 48% compared to Q2 2019.

However, this decline has been unevenly distributed across different borrower segments – with construction was hit hard by lockdown restrictions, lending for new build purchases fell by over 60% year-on-year.

Lending at higher (over 90%) loan-to-values LTVs has seen a smaller decrease than the market overall, with the larger declines seen within lower LTV bands.

A similar, although less pronounced divergence is seen for loan-to-incomes (LTIs), with higher LTI lending seeing a smaller proportional decline than lending at lower LTIs.

Whilst there are significantly fewer higher LTV products on the market – over an 80% decline from late March to the end of June 2020 – firms remain willing to lend at higher LTVs, and the comparatively smaller decline suggests demand at the higher end of the LTV spectrum has also held up relatively well.

However, lenders have needed to take a more cautious approach to granting credit in segments such as higher LTV lending.

Refinancing activity also saw a contraction in Q2, but the 4% year-on-year fall was less severe than the 48% drop seen in the house purchase market.

UK Finance suggested that a major part of this resilience stemmed from the fact that many refinancing transactions can be carried out entirely via online or other remote channels, with no need for face-to-face interactions.

However, it also noted that the main source of strength in the refinancing has come from internal product transfers (PTs), the volumes of which grew 2% year-on-year in Q2, partially offsetting the more significant declines elsewhere in refinancing activity.

The largest contraction within refinancing was seen for those external remortgages where money is withdrawn; these fell 22% year-on-year.

In Q2 the average loan size for a PT rose 5% to £145,000, compared to a 1% rise in the average value of an external remortgage, suggesting that more customers who would, under normal conditions, have looked to the open market when remortgaging, have chosen to remain with their existing lender.

As the English housing market reopened in May, estate agents reported a huge surge in enquiries and viewing requests as customers temporarily unable to look for a new home recommenced the process.

Internal UK Finance data on mortgage applications, which measure mortgage lending at the earliest formal stage of the process and so are a lead indicator of completions activity 1-2 months after, suggest a return to growth in early Q3.

Having fallen around 60% overall in April and May, the number of applications in June was up 3% compared to June 2019 for England as a whole.

This contrasts with the housing markets in the devolved nations, which all showed continued, significant year-on-year contraction in June.

This largely reflects the fact that, while the English market was reopened on 13 May, this came later in Northern Ireland (15 June), Wales (22 June for vacant properties, 27 July for occupied property) and Scotland (7 August).

Even in England, however, this initial rebound has not been uniform, with the northern regions showing up to double digit year-on-year growth in applications in June.

In contrast, London and the South East, despite recovering strongly from the collapse in early Q2, remained in modest contraction in June.

Lenders have now granted more than 2 million mortgage payment deferrals since the scheme came into effect in late March; however, the number in place is now considerably lower.

In the 10 weeks between 5 June and 14 August, around 1.5 million deferrals came to an end; almost half of these were in the week ending 3 July, reflecting the fact that many lenders have mortgage Direct Debits taken either on the first or last day of the month.

The week ending 3 July then covers the three month point following the end of March and beginning of April, when the majority of the initial wave of deferrals were requested and granted.

UK Finance’s emerging data suggests a pattern of growth in the stock of deferrals in place through each month, as requests from customers arrive steadily, albeit at a far slower rate than that seen in the early weeks of lockdown, followed by a substantial decline at the end of each month as Direct Debits fall due.

As at the beginning of May, between 12% and 14% of residential mortgage customers in every UK region and nation had taken a payment deferral.

Support from both the industry and government, including the payment deferral scheme, the moratorium in court possession proceedings and the Coronavirus Job Retention Scheme, has kept any increase in arrears to a minimum, even as the crisis brought significant negative income shocks for many mortgage borrowers.

Mortgage arrears saw only a small uptick in Q2, following a similarly modest rise in Q1; and the 73,580 mortgages in arrears at the end of Q2 was 3% fewer than the number a year previously.

With the moratorium fully in place in Q2, possession numbers plunged. Following a relatively modest fall in possessions in Q1 – which reflected a completion of the unwinding of a previous backlog in court cases – Q2 saw possessions fall to essentially zero.

Initial data suggests that, for those customers whose mortgage payment deferral has come to an end, over 70% have resumed making full payments.

Eric Leenders, managing director, personal finance at UK Finance, said: “The economic and logistical impacts of lockdown in the second quarter of 2020, restricting the ability of households to buy or move house, brought about a radical reduction in activity in the mortgage market and shifted refinancing further towards internal product transfers.

“These impacts are now receding and we are beginning to see some recovery in the housing market.

“The decline in unsecured borrowing noted in Q1 accelerated as lockdown restrictions held back spending and with restrictions lifting, this is now increasing.

“Many borrowers have been supported through the pandemic with temporary payment deferrals and – looking forward to the third quarter of 2020 – it is encouraging to note that a significant number of customers are now able to resume repayments.

“Although economic activity is beginning to recover, the outlook in the jobs market suggests that customers will still need support and lenders stand ready to help as required.”