Strong fundamentals set bullish tone for US housing market in 2021

What does the stimulus deal mean for mortgage? 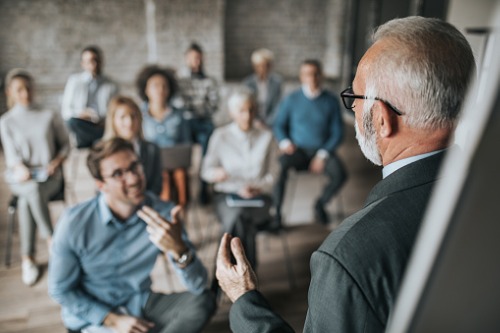 You know what they say about relationships — they take work — and the ones built between company leaders and their employees are no different.

“It’s something that takes time to earn and build, and you can lose it in an instant,” said Robert Senko, president of ACC Mortgage Inc. “It’s important to me to maintain transparency because that builds the trust and fosters belief over time. It’s a great asset.”

A good relationship serves as a buffer — if Senko changes a policy or makes a decision an employee doesn’t necessarily like, it’s not going to derail their work effort because they trust him. It’s always been a priority for Senko to build a good rapport with his workforce, with an open and honest environment.

“Your employees are your customer because they support the business. I have to be true to my word and people have to trust that.”

When ACC Mortgage started 22 years ago, there were three others working with Senko and it was simple to have great relationships with them all. Today, the number of employees is closer to 70 with a goal to end up around 100, and Senko thinks it’s an attainable target to maintain some level of individual connectivity as the team gets larger.

“In this remote world, in a COVID world and in a growing company, you can’t have those same deep relationships like when you had three people in the office,” he noted. “But I still subscribe to the philosophy of a very flat organization.”

While he has some key leadership roles that report directly to him, for most employees he’s only “two layers removed,” and while this year has challenged Senko’s leadership style, if the pandemic has taught us anything it’s that we have a great capacity to adapt — and that’s what he’s done. To continue to foster a good culture where he can lead in an optimal way, Senko has periodic direct communication with everybody in the company.

“I schedule a half-hour Microsoft Teams meeting one-on-one and I listen to their concerns, their ideas and their wish lists,” he said. “What could make their job better, what’s a challenge. It’s been very impactful to improve the business and also for me to feel connected to them. It humanizes me a little bit more, and they get a sense of who I am.”

Someone hired during COVID would have experienced a much different onboarding to those who came to ACC Mortgage before February. Instead of a week of training followed by a happy hour dinner where people have a couple of drinks and get to know the new person on a personal level, it’s all been reduced to virtual meetings. While it’s definitely changed the way you need to connect with people, Senko believes the approach he’s using now works.

Senko also hosts monthly kick-off calls where he talks about past, present and future plans and gives pats on the back to those who deserve it. He also takes the time to share his beliefs about workplace culture as it is a top-down effort.

“My goal is that they understand my personality, my belief system and how I expect to treat others,” he said.

With the world working remotely, how do you feel connected to an office, a company, a leader? Leaders have to work extra hard in building a connection – that came much more naturally when people engaged in “water cooler talk” about the football game that weekend or their kids’ activities.

While it’s a challenge to recreate that dynamic, Senko thinks ACC Mortgage has done a good job over the course of the pandemic – the mortgage industry is highly competitive and his company hasn’t lost many employees because of a high level of job satisfaction.

“But we can’t sit back and rest on our laurels – it’s something you have to work at for any relationship,” he said.