This mortgage pro just had a banner year – in NYC

What makes a great mortgage workplace?

How have mortgage pros spent their record 2020 profits 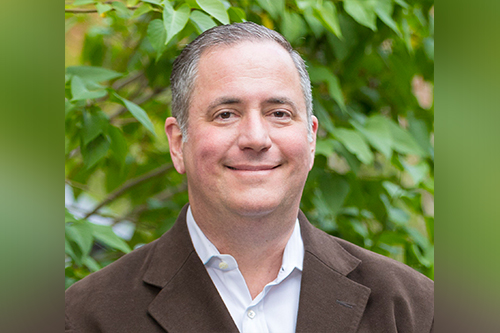 New York City’s real estate market in 2020 has been hard to look away from. In March and April we looked on as those that could decamped from the five boroughs to their vacation homes in the Hamptons or the Catskills. Since then, the anxiety and risks of living in America’s highest-density metro seem to have prompted a wave of out-migration from New York City. Many of the small businesses that make New York so vibrant have closed, temporarily or permanently. While much of the country enjoys booming housing markets and rapid price appreciation, New York has seen rents and home prices drop considerably.

Kevin Liebowitz (pictured), however, is having a banner year. The Brooklyn-based president and CEO at Grayton Mortgage Inc. told MPA that the low-rate environment has kept a steady stream of refinances flowing into his office. Despite overall softness in the local purchase market, Liebowitz has seen solid purchase volumes in his own practice, something he attributes to his own position in a smaller, independent mortgage firm, the opportunities for first-time buyers in a low-rate market, and what he calls the “shuffling of the deck.”

“People are locked down and staring at the same four walls, they’re coming to the determination that these aren’t the four walls they want,” Liebowitz said. “Some of them are packing their bags and leaving, quasi-permanently or maybe permanently. But one of the things a lot of people have been doing is, while they’re telecommuting from a crappy New York apartment they’ve thought ‘maybe let’s try to get a less crappy New York apartment that I’m happier with.’ There’s been a fair amount of activity from people moving around within the city.”

Liebowitz has seen upticks in activity in the Outer Boroughs of New York with buyers seeing the current moment as a pretty good time to purchase that dream brownstone in Williamsburg for a sub-3% rate. He’s seen growth in first-time homebuyers as well. What’s come, too, has been a measured interaction between realistic sellers and buyers. Whereas in other crises, many sellers expect to get pre-crisis prices for their properties and buyers try to lowball sellers, in 2020 Liebowitz has seen sellers and buyers in New York go into the exchange with realistic expectations and demands of one another, making the purchase process smoother for all involved.

The market that’s taken the hardest hit, from Liebowitz’s view, has been the ultra-high end multi-million dollar properties. Those properties, though, typically don’t go through a traditional financing process.

The Outer Borough consumer markets, Liebowitz said, are a little more robust, but he said elevators are still a bottleneck for buyers who would prefer not to share that tiny space with their neighbours during a pandemic.

When things stabilize and the impact of the vaccine starts to make a dent in this pandemic, Liebowitz expects New York to enjoy a significant return in purchase, largely driven by still-low interest rates. He predicts that Manhattan will be slower to recover, though he noted that he’s still closing deals in some of Manhattan’s most desirable neighbourhoods.

He’s preparing for a post-pandemic New York purchase market by hiring new staff and expanding his capacity. Liebowitz expects that many of those who fled New York this year will return, and new arrivals and first-time buyers will fill in the gaps.

“We haven’t seen a mass exodus and fire sale of properties, and we just don’t see that going on,” Liebowitz said. “If it hasn’t happened yet barring any hugely negative news at this point, I think we’re going to stay on a relatively strong footing, and interest rates are going to help the purchase market [next year], especially with good news with the traditional spring purchase market as well.”