This city is the safest in the US 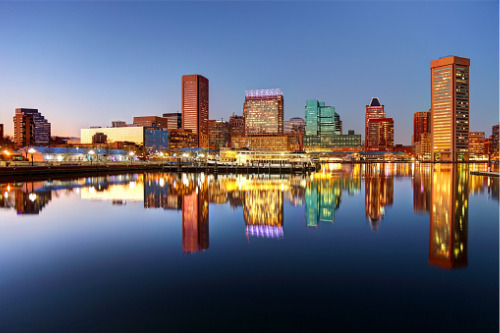 The city of Columbia in Maryland is the safest city in the US, according to a recent study from WalletHub.

The personal finance website compared more than 180 cities across three key dimensions – home and community safety, natural-disaster risk, and financial safety – using data collected from sources including the US Census Bureau, the Federal Bureau of Investigation, TransUnion, and the Department of Housing and Urban Development.

Read more: Is your market the most hazardous in America?

“People encounter hazards every day – some serious, others rare and innocuous,” said WalletHub. “No one can avoid all danger, however, and we take on a certain level of risk based on where we choose to live. Some cities are simply better at protecting their residents from harm.”

Coming in second on WalletHub’s list of safest US cities is South Burlington, Vt., followed by Plano, Texas; Nashua, N.H.; and Lewiston, Maine.

On the other end of the spectrum, Fort Lauderdale, Fla. was revealed as the least safe city in the US, followed by St. Louis, Mo.; San Bernardino, Calif.; Birmingham, Ala.; and Detroit, Mich.

Among other findings, the city of Irvine in California was revealed to have the fewest aggravated assault incidents (per 100,000 residents) at 23.58, which is 60.5 times fewer than in Detroit, the city with the most at 1,426.82.