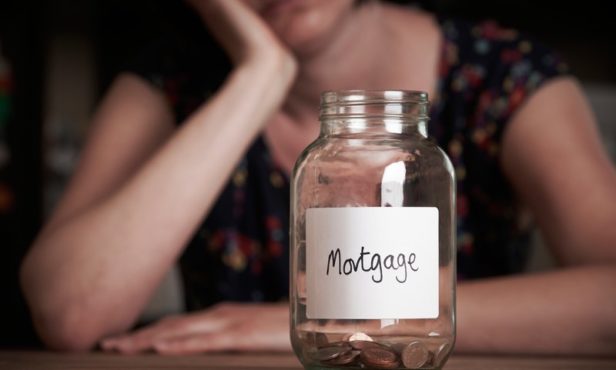 Of those who have experienced rejection when applying for a new mortgage, a third claim they were left feeling depressed according to a survey by new specialist mortgage broker platform Haysto.

More than half (53%) felt marginalised, unfairly treated and with a sense of injustice as a result, whilst 21% said the process had left a long-term negative effect on their mental health.

Haysto has recently launched to make mortgages possible for those who may have previously been told they won’t be able to get one.

MCI Club: Less than a quarter of purchases completed in July

They specialise in bad credit, self-employed and complex mortgages.

Haysto’s research also showed that over a third of Brits (35%) feel they couldn’t get a good mortgage deal for themselves, wouldn’t want to go through the stress of applying or are unlikely to apply at all for fear of being rejected.

More than 50% of mortgages for people who are self-employed or have bad credit aren’t available directly from lenders and are only accessible through specialist brokers.

Haysto is working to raise awareness among those in complex situations that they could still qualify for a mortgage, even if they have been previously rejected, and that the process needn’t be as daunting and negative as they may assume.

Over half of Haysto’s customers have been rejected for a mortgage elsewhere.

The company is also working to tackle the psychological impact of applying for and being rejected for a mortgage.

Because of this, they’ve pledged that for every mortgage they help complete for someone, they’ll donate a percentage of their profits to the mental health charity Mind, so they can continue to support people struggling with financial worries.

Paul Coss, co-founder of Haysto, said: “It’s disappointing that the entire mortgage process remains shrouded in misconceptions and confusion as this is having a significant and often unnecessary impact on mental health.

“Self-employment and poor credit histories are on the rise in the UK so a growing number of people applying for mortgages simply don’t fit the traditional eligibility mould.

“Many are rejected by traditional lenders and online platforms that can’t see past their situation, while others are put off from applying at all.

“We believe strongly in: no more computer says “No”.

“Our platform provides the market’s most personalised mortgage experience by matching customers to specialist mortgage brokers based on their unique situation.

“We want to help everyone access their dream home.

“Even if they have been rejected before, there are specialist lenders and brokers specifically for self-employed and bad credit mortgages who can help.”