The underwriter shortage could derail your 2021 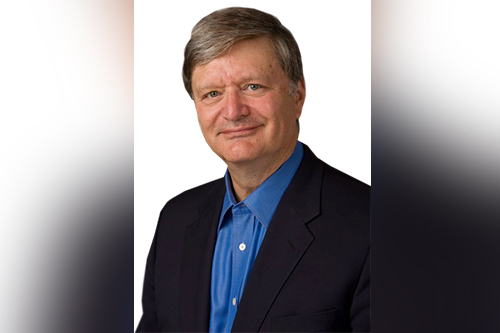 Thomas Showalter is trying to fix that issue. The founder & CEO of Candor Technology explained why the underwriter shortage has gotten so bad as well as why, he thinks, many of the tech solutions being proposed don’t address the fundamental issue of the bottleneck. He put this issue in an industry-wide context of technology investments that promise efficiency but seem to actually make the whole mortgage process more expensive. He stressed that for originators to have the 2021 they expect, this underwriter shortage needs to be dealt with the right way.

“According to underwriter productivity stats, the typical underwriter has done 2.4 loans per day…they also say the average is at least two and a half to three touches per underwriter per underwriter touches per loan,” Showalter said. “The cycle times and the touches, have all stayed high, even though the industry is attempt and spent millions if not billions on automation.”

Showalter believes that automation in this process has been too focused on data aggregation and not on the actual critical thinking work done by underwriters. He explained that data aggregation can speed certain processes along, but the bottleneck is one of human mental capacity as underwriting a loan takes critical thought, investigation, and mental bandwidth on the part of the underwriter.

Showalter doesn’t believe that dividing underwriting tasks into manageable parts works either. The logic of an assembly line doesn’t apply. He likens it to dividing the work of a police detective into 12 separate tasks, it won’t result more murders solved because that process requires the critical thought of a single detective.

Hiring more underwriters wont’ fix the issue either, Showalter explained, because training up a competent, independent underwriter can take years. His solution, he explained, has been to automate the critical thought side of the underwriter’s work, making the more straightforward loans faster to process and saving the mental bandwidth of the underwriters for only the most challenging tasks.

Read more: Next year we will be well north of $200 billion – UWM CEO

Showalter explained that Candor automates two forms of an underwriter’s critical thinking. The first is the “thought life” necessary to determine eligibility, whether this borrower qualifies for this loan. The second is a tougher question underwriters face: whether the information given about the borrower and the property is true and meaningful given other pieces of information we know about the borrower and the property. That automated process, Showalter explained, draws from his and his team’s experience in forensic underwriting. These automated processes have been tested on 70,000 loans so far. Showalter claims the result is a 20-day reduction in cycle times.

What’s come with that, he said, is an increase in client pull through rates and a reduction in touches on the part of human underwriters, from that 2.5 average down to 1 touch per loan.

This bottleneck and underwriter shortage, Showalter explained, is a product of an emergent spike in demand this year. He claims his tool can give mortgage professionals the capacity to deal with any subsequent emergent spikes without having to vastly increase their human capital. He says, as well, that it could make the difference for originators as they lay the groundwork for an historic 2021.

Asked what the program could mean for originators next year, Showalter simply said, “If they could sit there and have twice the capacity with the same staff, which is what we offer them, would they like that?”