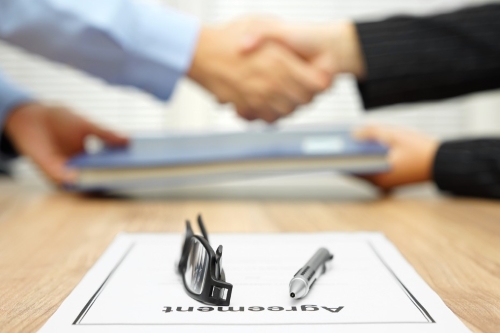 With brick and mortar retail one of the hardest hit sectors of the US economy following the pandemic, many beloved retail chains are declaring bankruptcy. According to a report from Trepp, however, these bankrupt retailers are being bought by another hard-hit group: mall owners.

The Trepp report cited the example of JCPenney which, after months of lawsuits and negotiations, was purchased by mall owners Simon Property Group and Brookfield Property Group out of bankruptcy proceedings for $800 million. The move saved tens of thousands of jobs.

The move “spared shopping centers across the US from the loss of a major tenant anchor that has long been one of the country’s most prominent department chains,” the Trepp report reads.

Moves like the purchase of JCPenney are being made across the country as mall owners try to stop the bleeding in the retail sector and buck projections by Green Street Advisor’s Commercial Mortgage Alert that half of all mall department stores will close by 2021.

Read more: Why has the $600 billion Main Street Lending Program been such a flop?

While the bigger “class A” mall owners like Simon Property Group and Brookfield have acquired other retailers, including Brooks Brothers, Lucky Brand, and Forever21, much smaller owners are resorting to proactive engagement with lenders to restructure debt and improve their own struggling balance sheets.

Trepp reports that last week, mall landlords CBL and Pennsylvania Real Estate Trust (BREIT) both filed Chapter 11 bankruptcy within a few hours of one another. Trepp attributes these somewhat expected bankruptcies to longstanding issues in the retail industry that were worsened by the COVID-19 pandemic. Commercial Property Executive reports the two mall owners will continue operating their 130 malls as they pursue restructuring.