The state of commercial lease concessions and modifications during COVID-19 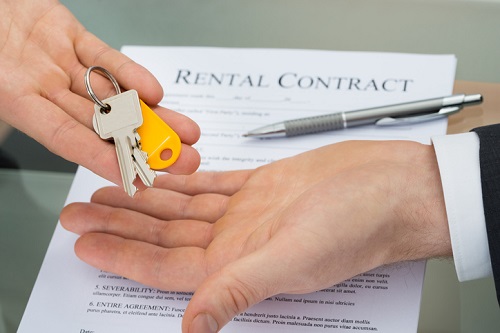 With Congress on holiday until mid-September and the Paycheck Protection Program entering its forgiveness stage, commercial tenants struggling to make their rent payments shouldn’t be expecting federal assistance any time soon. With COVID-19’s seemingly endless first wave still very much a problem for retailers and restauranteurs, and a potential second wave looming in the fall, commercial tenants need to find help wherever they can.

“They’re still struggling to figure out what to do,” says Ane Ohm, co-founder and CEO of LeaseCrunch.

Arguably the most dependable method for commercial lessees to survive the ongoing COVID-19 disruption is to ask for rent concessions and lease modifications. But some tenants may not know that those modifications have been easier to ask for since April, when the Financial Accounting Standards Board determined that changes to commercial leases that may have previously been considered grounds for modifications will be deemed concessions if they were made necessary by COVID-19.

FASB is not a governmental body, but its authority is rarely questioned.

“Everybody knows that when the FASB says something, they better follow it,” Ohm says. “It takes on the feeling of regulatory, but it’s not regulatory. When the FASB staff issued that guidance, that made it gold for everyone.”

The grounds for concessions are typically baked into most commercial leases, making them much easier to negotiate and account for than modifications. Modifications, because they change the structure of an agreed-upon contract, typically require a far more time-consuming and rigorous process of lease review. By redefining COVID-19-triggered modifications as concessions, commercial tenants can more easily and quickly ask for rent adjustments and other changes at a time when every day can result in lost income.

“I’m not often finding myself in the position of saying, ‘Good job!’ to a standards board, but this was one where I thought they did a good job,” Ohm says. “The last thing we needed to worry about in April was ‘How do we account for all of these lease concessions?’”

Beyond rent, Ohm says cash-strapped commercial tenants could also ask for concessions around common area maintenance fees and landscaping charges. From an accounting perspective, these expenses may be seen as falling outside of the parameters of a lease, but there’s little harm in asking.

“You should be looking at whatever you’re spending. A lot of little things can really add up,” says Ohm, who encourages tenants to be both creative and fair with their concession offers, possibly by offering to pay maintenance fees every second month. Whatever concessions are being asked for, there needs to be evidence that the hardship being felt by a tenant is undeniably related to COVID-19.

The flipside of rent concessions is the need to pay back the amount owing. Modifications and concessions may have been streamlined, but unless a landlord has completely forgiven a tenant’s rent, that tenant is going to have to come up with either a check or a plan.

If she were a tenant, Ohm says her first strategy would be to ask for complete forgiveness of the rent owed during months where she couldn’t transact any business. Another approach would be to tie future rent levels to revenue. When revenues rise, so do rents. If they fall again, the amount of rent owed will, too.

“That might be a way for a lessee to negotiate and say, ‘When I’m winning, let’s both win,’” Ohm says.

One critical detail in FASB’s redefinition of modifications as concessions is that commercial landlords cannot increase rents to make up for the amounts owed to them by their tenants. A landlord that allowed his tenant to forbear paying rent for six months, for example, cannot double rent for the following six months.

“That, specifically, is not allowed,” she says.

Because of the creativity typically involved in commercial leases, and the freedom injected into the process by FASB’s liberalized view of concessions, tenants and landlords have a real opportunity to keep each other in the black over the coming months. It’s just a matter of imagination and will.

“It’s been very difficult to make it through, and rent concessions are a huge part of [tenants’] ability to survive,” Ohm says. “It’s in the rentors’ interest to help them survive as well, because if everybody goes belly-up, they have nobody to rent their space. Hopefully we recover and everybody gets back to paying as they’re supposed to.”