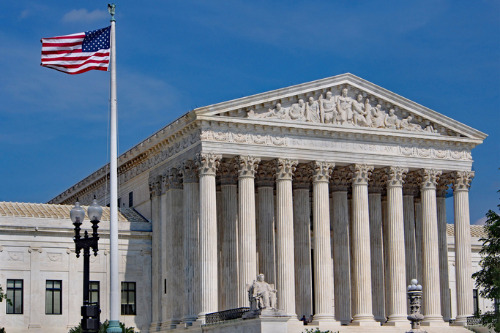 The Supreme Court issued a ruling today preserving the Consumer Financial Protection Bureau, but allowing the president to fire its director at will.

The 5-4 decision agreed with the position of Seila Law, a California law firm that sued the bureau, arguing that the CFPB’s leadership structure – in which a sole director could be fired only for cause – violated the Constitution’s separation of powers rule, CNBC reported.

“The agency may … continue to operate, but its Director, in light of our decision, must be removable by the President at will,” Chief Justice John Roberts wrote in the majority opinion. Roberts was joined in the decision by the other four conservative justices, CNBC reported.

Despite the decision that the CFPB director could be removed at will, Sen. Elizabeth Warren (D-Mass.) – who spearheaded the creation of the agency – celebrated the fact that the agency would be preserved.

“Let’s not lose sight of the bigger picture: after years of industry attacks and GOP opposition, a conservative Supreme Court recognized what we all knew: @CFPB itself and the law that created it is constitutional,” Warren tweeted. “The CFPB is here to stay.”