States target CRE companies in their search for forgotten dollars 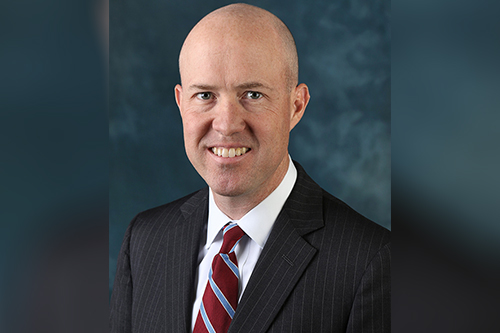 Plans to restart the economy are slowing, pausing or in some cases rolling back, as COVID-19 makes a return appearance in many parts of the country. As a result, state budgets continue to rapidly decline, triggering a search for unclaimed property collections.

Every state has a law that requires corporations to annually determine if they’re holding on to money that doesn’t belong to them. After a dormancy period, an effort should be made to contact the owner and if unresolved, the money is turned over to the state of the owner’s last known address for safekeeping.

“States use funds collected from unclaimed property for the benefit of the state. In other words, it’s a tax in disguise,” said Scott Regan, unclaimed property expert at Altus Group. “States rely quite heavily on this to cover budget shortfalls to raise revenue without raising taxes.”

In Delaware, for instance, unclaimed property account for their third highest source of revenue, making up 10% of the state’s budget. Unclaimed property can be collected by the rightful owner or their successors at any time, but until then, the states use the funds for their budget shortfalls. According to Regan, states could be sitting on as much as $60 billion in unclaimed property collectively.

How does this affect commercial real estate?

“Speaking to colleagues throughout the industry, there have been more audits initiated in the beginning part of this year than we normally would see,” said Regan. “For commercial real estate companies, multifamily corporates and asset management companies with portfolios of commercial real estate are most at risk due to the potential for tenant overpayments.”

These overpayments would occur if for example, a tenant moves out and a deposit refund is sent to the wrong address and never cashed. Dividend payouts from REITs are also heavily scrutinized by the states, he said.

States are also passing laws to make it easier to recover unclaimed property. For example, Regan points to Bill HB653, which the Governor of Lousiana signed into law on June 9th that lowers the threshold for items that need to be reported and raises the threshold for what the state needs to advertise is being held. With this legislation, the state of Louisiana can now collect more unclaimed property and advertise less on what they are holding.

“There needs to be more awareness around this because there’s a lot of undercompliance across various industries when it comes to unclaimed property, especially in commercial real estate,” warned Regan.

For commercial real estate companies concerned about anchor tenants paying rent, he says an audit can be a significant burden. Being proactive and taking advantage of voluntary compliance initiatives is the best way to determine any potential exposures. One benefit is the potential recovery of unclaimed property.

“Just as these companies have unclaimed property to remit to the states, states are holding on to money that belongs to some of these people. It’s not unusual for a company to have a million dollars or more in unclaimed property that hasn’t been collected, especially if they’ve acquired other companies.”

In an economic downturn, Regan says it’s an opportunity to get some funds, however in order to request that money, companies have to be compliant.

Understanding laws surrounding unclaimed property, dormancy periods and turning the money over when required is a best practice, otherwise audits can result in added interest and penalties.

Regan and the unclaimed properties team at Altus helps companies under audit defend themselves for the best possible outcome or can also consult on voluntary compliance assessments.