Speak Up At The Back, We Can’t Hear You

“What I want is Congress to make a better choice” 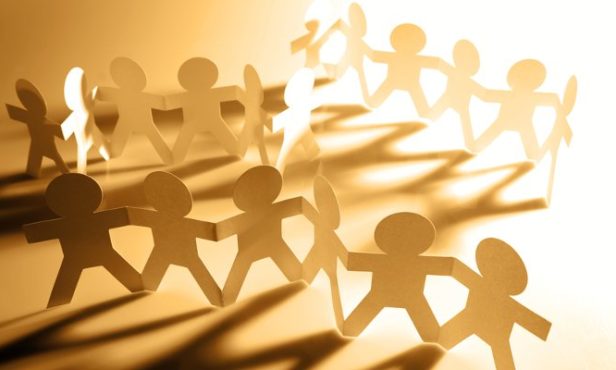 Martin Stewart is the director of London Money

We are often criticised for the way myself, Scott and the wider Money Group sometimes communicate and while not all of what we say is perfect there is often a method in our madness.

I do believe that this is our only chance at life, certainly life as we know it, so our unapologetic take at TMG is that we are going to let people know we are here.

And we really think you should do to. Why? Because you really are a miracle worth shouting about.

I mean, it’s not like you just chanced up here is it? Your very, very, VERY early ancestors probably died gasping for air on the shoreline of some beach during the Devonian era.

Since then there are estimated to have been 100 billion humans that have come before us and you might want to sit down with a strong coffee and think through the myriad of complexities, coincidences and sheer luck that then occurred over the following 350 million years in order for your parents to meet at the exact moment they did.

Out of respect for your parents let us not linger on the moment for too long, but the odds of human egg fertilization are estimated at one in 250 million.

You might not have placed in the top three at the 100-yard dash at the school sports day, but that doesn’t matter, you’ve already won the only race that really matters.

In the course of her life the female of the species will have approximately 400 opportunities for fertilization.

In the same period the male of the species will produce something in the region of 500 billion sperm. This is the equivalent of god stepping in and saying “you are going to have to throw a lot of money at the problem.”

Can you think of two different numbers set so far apart and yet both tasked with achieving the same goal?

Oh and if they unravelled all your DNA out in a line it would stretch 34 billion miles so not only you being here is unique you are incredibly unique yourself.

So, we have established that we have beaten almost insurmountable odds to be here today, but lets juxtapose that fact with our wider environment.

You might now want to swap that strong coffee for a gin and tonic because we are stuck to the ground by an invisible force and clinging to a rock that is travelling through space at 67,000 miles per hour.

In turn, our solar system is spinning around the centre of our galaxy at 490,000 miles per hour.

So far so giddy, but the galaxy is also moving at frightening speed toward something called the great attractor whilst all the time expanding away from other galaxies as the universe continues its expansion.

And we haven’t even begun to debate WHY we are here? Hung as we are like a snooker ball, but with no strings attached.

Just the right distance from the sun, just the right environment for oxygen, everything just perfect.
Held as we are in an infinite void the existence of which no one can adequately explain, but somehow has contrived to build within itself three sextillion stars, that’s 23 zeros to save you looking it up.

So taking all this in to account, scientists have estimated that the odds of you being here today, reading this article, are somewhere in the region of 1 in 400 trillion.

That’s a pretty big number especially, if like me, you still get joy from only using a calculator to type in rude words.

So there you go. Make a noise, let the world know you exist and go some way to justifying everything that went before in order that you can be here today.

Be authentic because you are authentic. With that in mind let me close with another Oscar Wilde quote, “Be yourself; everyone else is already taken.”