Should brokers sweat the end of the QM patch? 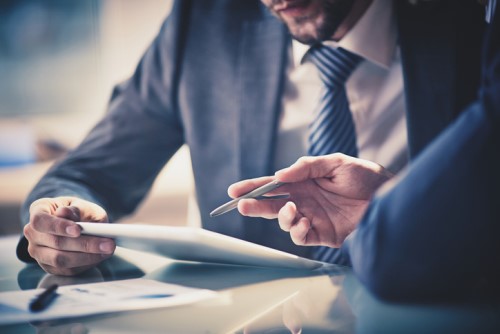 Last week, the Consumer Financial Protection Bureau released two proposed rule changes for the GASE Patch (also known as the QM patch), a rule that allows Fannie Mae and Freddie Mac to avoid some of the stricter requirements of the Dodd-Frank Act’s Ability to Repay/Qualified Mortgage rule. One proposed rule would eliminate the current 43% debt-to-income ratio requirement on qualified mortgages, while the other would allow the patch – originally set to expire next year – to remain in effect until the DTI rule is finalized.

There has been some worry in the industry over how the patch’s expiration would affect qualified mortgages, since many GSE-backed mortgages that currently fall under the patch wouldn’t be qualified if Fannie and Freddie had to conform to the 43% DTI rule. However, in a Wednesday video message to mortgage brokers, United Wholesale Mortgage President and CEO Mat Ishbia said the proposed rule to eliminate DTI in favor of a price-based approach meant that brokers could rest easy.

“The QM patch is set to expire in January 2021, and the CFPB came out with a proposed rulemaking change to basically let it sunset as planned,” Ishbia said. “However, it’s a great change that will help consumers and really not affect anyone watching this video.”

The key is the elimination of the DTI rule. The CFPB plans to eliminate the DTI requirement, saying that considering a loan’s price – as measured by comparing its annual percentage rate to the average prime offer rate for a comparable transaction – was “a more holistic and flexible” approach.

“Here’s how it goes: The APOR – the average prime offer rate plus 200 basis points,” Ishbia said. “That’s the number you have to be looking for – and as long as your APR is below that number, you’re good to go. No more worrying about QM from a 43% DTI perspective. … Fannie Mae and Freddie Mac had that patch that said that they could go anywhere they want, and it’s still QM. But that was going to expire. Now, APOR plus 200 basis points, that’s the proposal.”

Ishbia said that the new price-based approach would mitigate many of the issues brokers worried would be caused by the patch’s expiration.

“Does it affect brokers, retail, who does it affect? Actually, it’s probably not going to affect anyone,” he said. “But if it affects anyone the least, it’s probably mortgage brokers, because rates and fees are usually lower in the broker channel. … It should be a very positive change for the whole industry.”