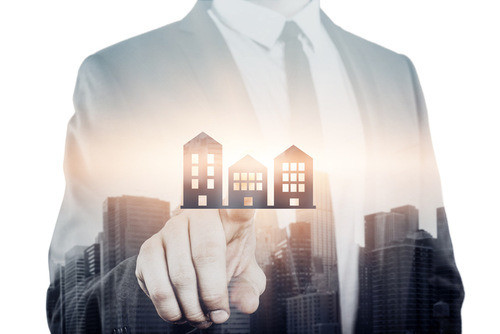 Volatility and uncertainty have been two words used repeatedly throughout the pandemic, especially when it comes to commercial real estate. For real estate players looking for some stability, the self-storage industry seems to be somewhat recession resistant.

According to research by Trepp, there have been several factors through the pandemic that have directly impacted the demand in the self-storage sector. With students leaving campuses on short notice, many opted to transfer belongings to self-storage units. Unemployment also skyrocketed in the U.S. at the start of the pandemic, which caused severe dislocation and downsizing. Businesses are also turning to self-storage to address space management issues or to accommodate temporary closures over the past few months. Trepp says the industry has been growing in recent years: construction spending on self-storage has increased by 584% over the past five years, according to U.S Census Bureau.

“With all these factors in play, the self-storage sector has caught the eye of many investors – big institutional players as well as comparatively small  family  offices  –  who  are  looking  to  make  prudent  investments in real estate,” said the Trepp report.

When it comes to self-storage, the space is reliant on a couple of factors: being near dense urban areas where living space is tight, and the other is people who are moving. Throughout the COVID-19 pandemic, people who live in dense urban areas may have needed to make space in their homes for an office or gym, and there has been a lot of movement outside of these areas to less dense neighborhoods.

“[Self-storage] has been weathering the storm very nicely,” said Joe McBride, head of CRE finance at Trepp, in their weekly podcast. “It’s the opposite of lodging and retail. Industrial, multifamily and self-storage are probably the places you wished you were during this time.”

According to Trepp’s CMBS database, more than 1700 CMBS loans totaling almost $16 billion were backed by self-storage properties across the US. Over the past six months, delinquency rates across all sectors have been increased, especially for hotel and retail CMBS loans, however, Trepp says self-storage has seen little impact. Among those 1700 loans, only three were market delinquent as of September.

“This can be partly attributed to the fact that the bill for a self-storage facility is a very small portion of an individual’s or business’s monthly expenses.  Thus, despite a downturn, the income effect on the self-storage demand is minimal.”

Even with significant distress in the broader economy, deals are happening in this sector. Recently, CBRE closed the sale of two self-storage facilities in Missouri to Big Rock Properties LLC.

“After the initial shock with the start of the COVID-19 pandemic, the self-storage sector has seen a significant uptick in activity,” CBRE’s Adam Alexander told REjournals. “Demand has continued to outpace supply as capital sources seek alternative asset classes like self-storage, primarily due to the sector’s consistent returns and operational resilience during economic stress.”

Despite an  uptick  in  demand, Trepp says an  increase  in  operating  expenses  and  limited  rent  collection  may  potentially  derail  an  uptick  in  revenues, but the market continues to be of interest for CRE players as they look for high-quality investments  in  this  ‘recession resistant’ sector.