RLJ CEO Leslie Hale on diversity in CRE: “I am not a unicorn”

Investors were fleeing primary metros even before COVID-19 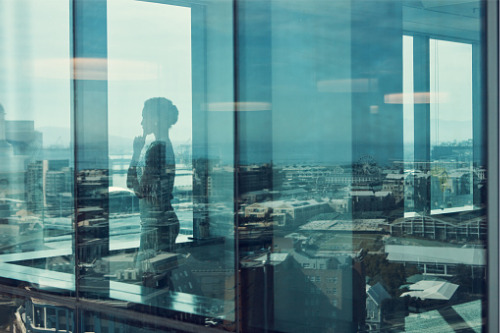 The U.S. commercial real estate industry is known to be one of the least diverse. According to the 2017 report The Diverse Asset Management Project Firm Assessment, written by Bella Research Group and the Knight Foundation, researchers found just 0.7% of 889 real estate investment management firms were women-owned and just 2% were owned by minorities.

In a webcast hosted by Walker and Dunlop CEO Willy Walker, Leslie Hale, CEO of RLJ Lodging Trust, says she is not a unicorn, and there are many people of color and women who have the as much skills as she does. Believing that the pool for potential executives is limited will only allow organizations to accept a lack of diversity, she explained, and that concept needs to be dispelled.

Since joining RLJ in 2005, Hale held the roles of CFO in 2007, COO in 2016 and presently, the president and CEO of the REIT in 2018, becoming the first Black woman to be CEO of a publicly traded REIT in the country.

“Does this person have the aptitude? Do they have relevant experience, not necessarily perfect experience, and do they have a proven track record of being able to parachute in and deliver on whatever opportunities they’re given?”

Hale says Tom Baltimore, past CEO of RLJ Lodging Trust wanted to make sure he had diverse talent and took a risk on her, despite not having a lodging background.

“I wouldn’t be here today if he chose to stay inside that perfect box.”

In order to bring in high-level diverse talent, it’s not enough to just bring in diverse candidates, said Hale. There needs to be a focus on access to opportunity, meaning leaders need to set targets around diversity in key and high-earning roles, and these candidates need to be given the support to succeed through mentorship and sponsorship.

“When I was at GE Capital and Goldman Sachs, the vast majority of my mentors were white male. [I point that out] because it’s important for diverse talent to understand that mentors and sponsors don’t have to look like you. It’s equally as important for leaders to understand you can impact somebody’s career no matter what point you touch it,” she said.

Leaders need to create an environment where diversity is truly valued.

In a recent push for diversity and inclusion, fueled by the Black Lives Movement across the country, some commercial real estate firms are taking action. Walker and Dunlop CEO Willy Walker said the issues of racial justice must remain in our corporate strategies for years to come and committed to incorporating ambitious targets for women and minorities in management and top-earning positions at Walker and Dunlop.