Is there a new normal in commercial lending? 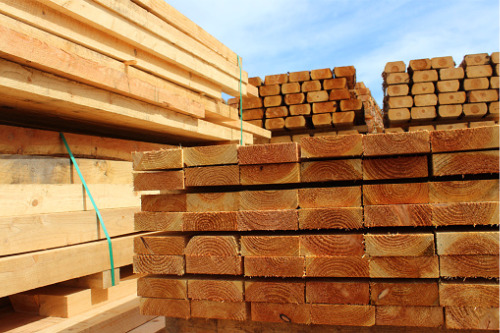 The National Association of Home Builders says the spike in softwood lumber prices seen since the beginning of the COVID-19 pandemic is already being felt by single- and multifamily investors. Due to these rising lumber costs, the NAHB says the average price of a new single-family home has risen by $16,148 since April. The average price of new multifamily homes has increased by $6,107.

Using the Random Lengths Framing Lumber Composite, a figure comprised from the highest volume-producing regions of the U.S. and Canada, the NAHB says the price per thousand board feet of softwood lumber was approximately $350 as of April 17, 2020. By August 21, it had risen to almost $800.

Based on those figures, the NAHB calculated that the total cost to a builder for the lumber and lumber-related products needed for the average single-family home was $16,927 as of April 17. For multifamily, the figure was $5,940. By August 21, those costs had risen to $30,470 and $11,061, respectively, resulting in an 80 percent increase in lumber costs for single-family builders and an 86 percent increase for those in the multifamily space – in just four months.

“Framing lumber makes up roughly a fifth of the materials cost of building a home,” David Logan, director of tax and trade analysis at the National Association of Home Builders, told MarketWatch. “When we see a price increase this large over such a short period, it’s going to have negative effects on affordability for prospective home buyers.”

The increased costs are the result of several converging trends.

In a rush to meet the needs of American consumers starved for housing supply, builders have intensified the construction of new homes.  According to the NAHB/Wells Fargo Housing Index, the number of new single-family homes under construction grew by eight percent in July. Building permits, an indication of future activity, were up almost six percent in July. The Index, a measure of home builder confidence, hit a record high in August.

Complicating matters on the supply side is the shutdown and slow reopening of many of the country’s lumber mills. The lack of activity was severe enough to cause the NAHB to send a letter to President Donald Trump in August in which they urged him to ask domestic lumber companies to increase production.

The letter goes on to mention another factor in the cost of softwood: tariffs on Canadian lumber that add an average of more than 20 percent to the price of Canadian lumber shipments to the U.S. The tariffs, imposed by a president who doesn’t seem to understand that American builders are the ones paying the higher costs, have been in place since Trump imposed them in 2017. The NAHB told Trump that a new softwood lumber agreement with Canada “would be a significant step forward.”

But a change in policy toward Canada would only go so far. Demand for lumber is skyrocketing there, too, resulting in record-high prices north of the border.