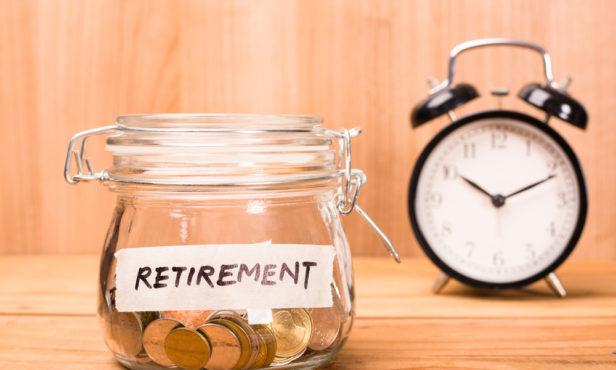 Retirement mortgage specialist Responsible Life have deemed retirement interest-only mortgages (RIOMs) an “outright failure” as it was revealed that they only account for one in 740 mortgages.

When they were launched, the FCA predicted that around 21,000 RIOMs would be sold by 2021.

However, only 2,291 had been sold by the end of June this year, according to FCA data obtained through a freedom of information request by Responsible Life.

Nikhil Rathi: £14.7bn raised in equity between April and June

They represented just 0.14% (1,631) of the 1,207,381 mortgages approved for house purchase and remortgage recorded by the Bank of England in the year to June.

Adoption remains low despite 1.02 million interest-only mortgages remaining outstanding at the end of 2019, worth £172bn.

A large number of borrowers with these products struggle to repay their loans when they reach retirement, leaving them stranded on lenders’ standard variable rates and unable to refinance according to Responsible Life.

RIOMs, introduced in 2018, were designed to help these homeowners but the product has proved largely inaccessible.

Responsible Life says RIOM affordability rules need to be reviewed to cater to the economic realities of the borrowers they were designed to help.

Large numbers of borrowers aged between 55 and 65 lack an LTV low enough to qualify for a lifetime mortgage but also fail to pass the affordability tests for a RIOM.

Current affordability criteria rely solely on the lower guaranteed income of a surviving spouse, and this dramatically reduces the borrowing power of retired couples at the outset.

Annuities and defined benefit pensions are usually not transferred in full value to spouses on the death of a partner, which often penalises longer-living female partners who have taken time out of work to raise a family.

Responsible Life believes there are two ways to improve the accessibility of RIOMs, first that changes should be made to recognise the possibility of repaying the RIOM with a lifetime mortgage when an appropriate LTV and age is reached, and/or if the primary income provider should die first.

Secondly, the sale of property should be treated by all lenders as an acceptable repayment plan.

At the moment, some lenders willing to consider sale of the property go to great lengths to ensure that borrowers will be physically able to downsize over a decade later, even though they may still only be in their 60s at that point.

The FCA relaxed lending rules in March 2018 over fears that significant numbers of homeowners, who had taken out interest-only mortgages, had no way of paying the debt off without selling their property.

The change was intended to remove age as a barrier, and allow the over-55s to use RIOMs to stay in their home without a long-term repayment plan.

Responsible Life say they regularly comes across homeowners who expect to be able to borrow more than ten times the value of the sole survivor’s guaranteed income which, they say, underlines the confusion that exists among customers when it comes to later life products and how affordability is calculated.

The low take-up of RIOMs is revealed after Responsible Life’s own research showed that 82.8% of over-55s were not able to access a mortgage of any kind that met their needs.

“They should be scrapped in their current form and redesigned around customers in retirement, instead of bolted on to mortgage rules designed for those in full-time employment.

“Many retirees consider themselves wealthy enough to continue living in their home but can’t remortgage because sole survivor rules are too restrictive, and not enough flexibility is afforded to those who plan to downsize in the future but wish to stay in their family home for a limited period.

“The innovation that RIOMs represented when they came to market was well meant but too few people are able to access them.

“The low take up of RIOMs tells you all you need to know about how desperately this product needs to be taken apart and put back together again.

“The lack of flexibility and accessibility in the later life lending arena is increasing financial anxiety for consumers and it is entirely avoidable.

“The most obvious ways to improve accessibility is to allow borrowers to plan for the sale of their home as a repayment vehicle, or convert their loans into lifetime mortgages when it makes financial sense to do so.”