Predicting future commercial RE demand based on STEM employment growth 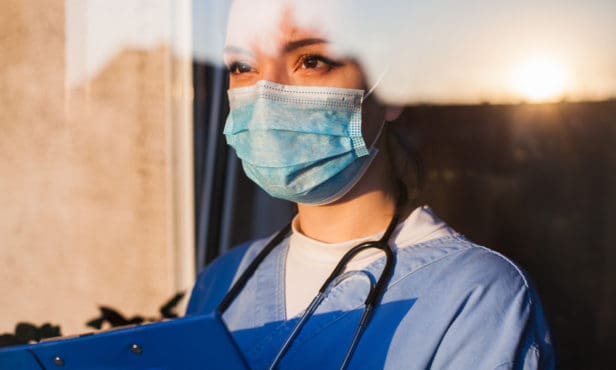 Key workers who currently rent are finding it more difficult than ever to get on the housing ladder, with 29% saying it has become less achievable due to the pandemic, according to research by Rentplus.

Almost two-fifths (38%) of all NHS and key workers say they have less money as a result of the pandemic, putting home ownership further out of reach.

Of the challenges NHS and key workers faced when thinking about purchasing a home, saving for a deposit topped the list (29%), with their salary not being high enough (28%) and homes in their area not being affordable (25%) also ranking high.

BOMAD funds half of house purchases among under-35s

More than four-fifths (86%) of those key workers who do not own their home would like to do so, with those currently renting having done so on average for seven years.

Three-quarters (75%) of the general public surveyed would support initiatives which provide extra support to these individuals, with 25% saying the public sector should pay, 9% the private sector, and half (53%) saying it should be a mix of private and public.

Steve Collins, chief executive officer at Rentplus, said: “Beyond the headlines of a “housing boom”, there lies a divided housing market, where those on lower incomes are increasingly shut out and struggling to get on the property ladder.

“Many of these people are keyworkers; our nurses, care assistants and supermarket workers who continue to serve on the frontline during this pandemic and who want the chance to own their own home.

“With eye-watering house prices and rising private rents, it is virtually impossible to save for a deposit, and with that the possibility of home ownership moves further away.

“That’s why we gift a 10% deposit to help overcome what is for some, an insurmountable hurdle.

“Although proposed solutions to the UK’s housing problem have been piloted they have failed to gain real traction and, in some cases, made the situation worse.

“There is a real need to increase the use of creative approaches if we are to make any progress at real scale and give our valued keyworkers the opportunity to own their own home.”