ABI: GPAPs initiative is having a positive impact two years on

Advocate’s Tips on Getting Mortgage with Low Credit 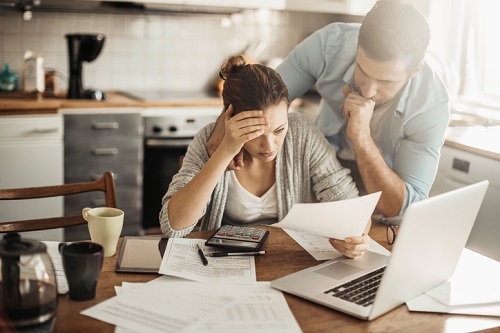 For the fourth straight month, a historically high number of renters and homeowners were unable to pay their full housing bill. Apartment List found 32% of Americans did not make a full on-time housing payment in July, up slightly from 30% in June.

In June, the national unemployment rate actually dropped to 11% as a result of states partially or even fully reopening. While this seemed like positive signals, the data shows difficulty with housing payments is not improving quite yet, despite a sprinkle of optimism in the economy. Particularly with recent spikes in coronavirus cases, reopening plans are being reversed or delayed in some cases.

“This is really signaling that we’re far from having this behind us and this will be an ongoing issue for the housing market,” said Chris Salviati, housing economist with Apartment List.

As overdue bills continue to mount, there is a growing concern surrounding the wave of evictions that seems inevitable. In July, renters who reported being very or extremely concerned about being evicted grew from 18% to 21% compared to the month before. Similarly, homeowners who were concerned about foreclosure also increased to 17% from 14% in June. Eviction moratoriums were established across the country, and while some are reaching their original expiration date, other federal protections have been extended through August. While these safeguards have been essential over the past few months, Salviati says more conversation surrounding what will happen when these come to an end is important.

“There needs to be a clearer discussion as to what actually is the plan for when these protections do inevitably end because these eviction moratoriums can’t necessarily last forever and missed payments are piling up,” he said. “Some form of broad assistance will be necessary to help folks who are struggling with their rent, but I haven’t seen any hard proposals on this.”

As expected, coronavirus is also affecting people’s plans to move. In some cases, loss of income has left households with no choice but to move to a more affordable residence, while others are choosing to stay put because of the health risks associated with moving during the pandemic. The Apartment List survey found the share of Americans who say that they are more likely to move this year due to the pandemic increased from 17% to 21%, while the share who say that they are less likely to move also increased three percentage points to 33%. The opportunity to work remotely is also affecting people’s decisions, with some people opting to look at locations that might not have been considered pre-pandemic due to work constraints.

Salviati added that several trends observed since the start of the pandemic are continuing, proving that recovery may be a longer road than previously expected. As expected, younger and lower-income households struggled more than older, wealthier ones, and more than one-third of residents in medium- or high-density areas are still finding it difficult to meet their commitments.

“These non-payment numbers have stayed stable at these extremely elevated rates over the last few months. It’s something we would have hoped to see come down a bit by now, and the fact that they haven’t is alarming.”

If trends continue this way, Salviati says there will be a wave of downgrade moves and a spike in demand for more affordable housing. There are already some signs of softening in the rental market as well.

“Our national rent index has come down slightly, at a time of year where rent growth is normally at its fastest,” he said.

More substantial declines are being noticed in markets that are more reliant on tourism and service, like Las Vegas, Miami, and Orlando. Salviati said there are also places like San Francisco and New York where rents were at peak prior to the pandemic, and those are starting to come down as well, reflecting the hardship that Americans are facing.