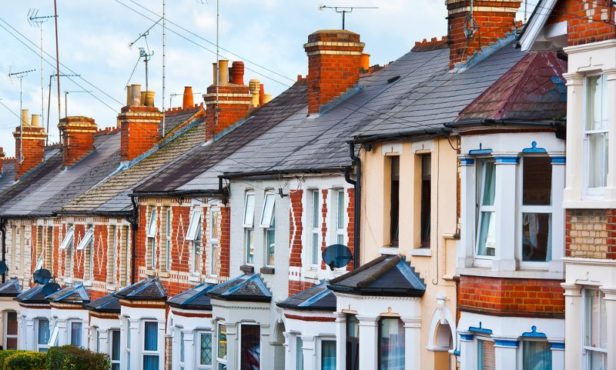 House prices in England and Wales are on track to see further gains of 8.8% over the next three months, according to the reallymoving House Price Forecast for September 2020.

The report suggests that despite the gain, the first signs are emerging of a slow-down in the rate of growth.

Pent-up demand and an urgency to ensure sales are completed before the stamp duty holiday ends next spring have driven a spike in activity and pushed up prices as buyers compete for homes.

Reallymoving suggests the market could be approaching a “tipping point” as concerns over rising unemployment and further regional lockdowns take a toll on consumer confidence.

As homebuyers register for quotes for home move services on the site typically twelve weeks before their purchase completes, reallymoving has provided a three month property price forecast based on the purchase price agreed.

Based on deals already agreed between buyers and sellers, average house prices in England and Wales are set to increase from £314,235 in September to £341,999 in December, largely driven by a strong performance in July which will deliver price rises of 6.1% in October when those deals complete.

Month-on-month house price increases will continue into the final two months of the year, but the rate of growth is forecast to reduce to 1.1% in November and 1.5% in December.

Reallymoving suggests that this could be the first sign that demand from buyers is tailing off to more normal levels following this summer’s surge in activity.

House prices are significantly higher than this time last year, with annual price growth expected to hit 11.4% in October, 14% in November and 17.5% in December.

However, this is certainly a spike in demand driven by the stamp duty holiday which has prompted equity-rich homebuyers to secure additional space, especially in light of further lockdowns this Autumn and Winter.

Year-on-year growth is expected to return to more normal levels in early 2021, when the window of opportunity to complete a sale before the stamp duty holiday deadline begins to close.

Rob Houghton, chief executive of reallymoving, said: “Our data indicates continued strong price increases in the run up to Christmas but the slowdown in the rate of growth in November and December could be an early sign that the post-lockdown spike in activity is beginning to run out of steam.

“For the remainder of the year the stamp duty holiday will continue to support demand but the real test will be the start of 2021, when the window for offering on a property and completing before the March 31 deadline begins to close.

“This is likely to be in the context of rising unemployment and continued lockdowns, impeding economic activity and denting consumer confidence.

“Increasing numbers of first-time buyers have been locked out of the market in recent months due to competition for homes and the withdrawal of high LTV mortgages.

“But if the government presses ahead with the launch of its proposed 95% loans in spring 2021, that would help overcome the biggest barrier to home ownership for thousands of first-time buyers, boosting demand at the lower end of the market at a crucial time.”