NAEA Propertymark: 13% of properties sold above asking price in August 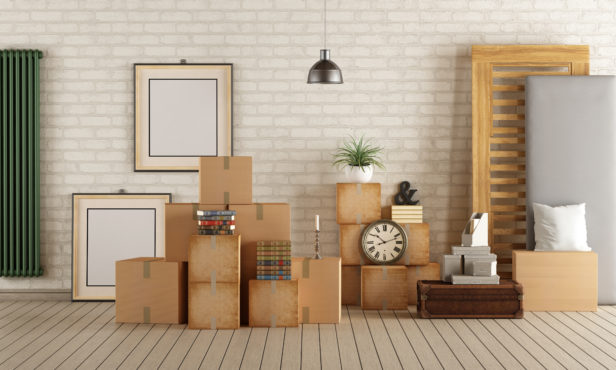 The cost of moving home has fallen by almost 40% from 10,911 before the stamp duty holiday came into effect in July to £6,669 after, saving the average homebuyer and seller £4,242 according to reallymoving’s annual Cost of Moving research.

Reallymoving analysed data from 239,000 quotes in the last year to reveal that whilst legal fees, estate agent fees, survey and removal costs have all risen, now is the cheapest time to move home in decades.

The largest expense for home movers who are both buying and selling is currently estate agent fees averaging £3,936, which is a 14% increase, followed by legal fees at £1,682 (+15%).

The cost of a survey has risen by 10% to £450 and although varying significantly depending on the distance of the move and the volume of possessions transported, removals charges have also increased by 3% to £546.

The cost of an Energy Performance Certificate remains unchanged at £55.

Those moving within London and the South East are currently seeing the largest financial incentive to ensure they move before the stamp duty holiday ends on 31 March next year.

The smallest savings are being made in the North East (-17%), Northern Ireland (-20%) and Wales (-22%) where transaction taxes were already lower based on the median house price.

First-time buyers have seen the cost of buying their first property rise by 8% on average, however this group of buyers have instead been impacted by an increase in associated moving costs such as legal fees (+11%), surveys (+5%) and removals (+4%).

Rob Houghton, chief executive at reallymoving, said: “The cost of moving has been steadily climbing for many years but the Chancellor’s stamp duty giveaway has made now the cheapest time to move in decades for those buying and selling a property.

“There’s little let up for first-time Buyers, who are facing increased house prices and greater moving costs than a few months ago, making it even harder to save enough for a deposit and to cover the up-front costs of buying a home.

“Despite this, levels of demand from first-time buyers remains reassuringly high, suggesting they’re still finding ways to buy including through shared ownership, help to buy and the Bank of Mum and Dad.

“While it’s best to act quickly to take advantage of the stamp duty savings, buyers should also bear in mind that we’re probably seeing a temporary spike in house prices so for some it may be better to wait until the holiday ends when prices are widely expected to return to more normal levels.

“In an unpredictable market it’s more important than ever to compare ratings and customer reviews when searching for home move services, as well as price, to ensure that when you do decide to buy, your transaction progresses as smoothly as possible.”