The struggle continues for American renters 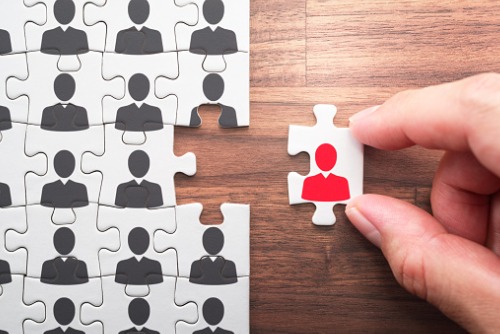 A few years ago, commercial real estate investors were tracking the growth of IT jobs to find the next place to park their money. It was a strategy that paid off handsomely for investors in and around cities like Austin, Nashville, Salt Lake City and Charlotte. Following tech growth is still a safe bet, but because of the tech sector’s diminishing upside, commercial investors looking to capitalize on the next employment boom should expand their searches to include what’s happening in the entire STEM economy.

The U.S. Bureau of Labor Statistics forecasts that the number of STEM (science, technology, engineering, and mathematics) jobs will grow at a rate (8 percent) more than double that of non-STEM occupations (3.4 percent) from 2019 to 2029. Over 70 percent of STEM jobs require a bachelor’s degree, which has resulted in STEMployees earning a median annual wage, $86,980, that is more than double the average amount paid to non-STEM workers.

To track where these potential flurries of economic activity might occur, RCLCO and CapRidge Partners teamed up to create the 2020 STEM Job Growth Index, or STEMdex, to identify which of the 38 largest metro areas in the U.S. may experience a rise in STEM employment activity.

The cities were ranked across four main areas of interest: cost of doing business, quality of life, workforce quality, and population and economic growth. The top ten were:

There is little variation from 2019’s top ten. Aside from a shuffling of the order, the top five markets remained the same. The only new additions to the top ten were Portland and Orlando, which replaced Las Vegas and San Jose.

Three new cities, however, cracked the top 20 this year: Indianapolis, IN; Tampa, FL; and San Antonio, TX. All three made the cut based on “their potential to attract future high-tech employment”, according to the report’s authors, Karl Pischke and Ryan Guerdan. Indianapolis scored high on quality of life metrics, while Tampa and San Antonio were both noted for their growth.

“Both Tampa and San Antonio have enjoyed and are forecast to continue to experience strong population growth, especially among young, highly educated professionals,” reads the report.

The cities replaced by the three new entrants were Houston, Boston and San Diego, last year’s thirteenth, sixteenth and twentieth ranked markets. But that’s not to say these cities are on a downward trajectory in terms of STEM potential.

“[W]hen cities leave the rankings it typically says more about the cities who are replacing them than the departing ones, as conditions there still remain stable,” Pishke and Guerdan write.

The cities in the top five are expected to maintain their STEM momentum for years, while Orlando and Nashville are also projected to see sustained future growth because of their “significant degree of young professional migration and wage growth with relatively affordable cost of living compared to other cities in the index”. It’s no coincidence that both Orlando and Nashville are now home to new Amazon facilities.

In the current COVID-rattled economic environment, following STEMployment trends could help investors mitigate the future vacancy risks. The hardest hit industries during the pandemic have been low-wage sectors like hospitality and retail; the most impacted segment of the population has been Americans whose highest education level is a high school diploma. STEM workers, because of their advanced educations, and employers, because of the role they play in critical industries like IT, healthcare, and energy, operate on a more stable plane of existence, where investors should be rushing to meet them.