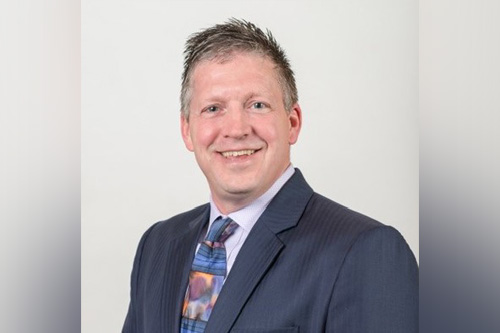 Recently selected as Home Point Financial’s new President of Servicing, Perry Hilzendeger is a 30-year finance and mortgage veteran who brings to bear a storied resume and a flair for leadership.

“This opportunity at Home Point Financial as president of servicing aligns with my desire to work for a company that is in growth mode and prioritizes customer growth and satisfaction,” Hilzendeger told MPA. “I’ve been able to do that in my career successfully and am excited to continue doing this at Home Point as woven its ‘we care’ mentality into the fabric of how they conduct business daily.”

This drive for excellence had deep roots, as Hilzendeger recounted his initial headlong dive into the industry.

“Less than 30 days after graduating from the University of Minnesota, I had the opportunity to get into the mortgage business and have had a very diverse and beneficial career in both sales and centralized operations,” Hilzendeger said. “I was also able to see how customers are shifting and how innovation is growing in our industry – primarily driven through non-bank lenders.”

Hilzendeger cut his teeth at Wells Fargo, which was known as Norwest Financial at the time of his joining.

“I had an opportunity to be in a small loan lending operation and spent the first 15 years of my career in various sales roles,” Hilzendeger said. “I culminated my sales career as a regional manager in the upper Midwest, where I oversaw approximately 52 branch locations. At that stage in my career, I transitioned into centralized operations as the organization became known as Wells Fargo Financial. I took on its central loan approval office, which was the fulfillment operations and primarily a non-prime organization in the FHA space. I was in that operation for nearly two and a half years, which was at the beginning of the recession – although none of us knew that at the time.”

“Through the leadership team, an opportunity came to me to lead the default servicing for the real estate portfolio for Wells Fargo Financial, the largest consumer real estate portfolio at the bank,” Hilzendeger said. “Ten years later, I was still in the servicing organization and continued my career expansion from Wells Fargo Financial to Wells Fargo Home Lending. Between 2010 and 2018, I led various departments and roles within servicing operations, culminating with head of servicing from 2015 to 2018, where I had the opportunity to lead the entire servicing operation for Home Lending. In spring 2018, I took on the retail operation for Home Lending, which included sales, fulfillment, and all supporting operations aligned with the retail operations.”

Hilzendeger credited this long experience as the rock-solid foundation of his management acumen, especially in his evolution from being “primarily focused on sales and sales operations to a centralized operations leader.”

“This was a real shift in leadership style and dynamic, how I operated daily, and what the areas of focus were in terms of motivating, organizing, collaborating, and communicating with associates. How the day-to-day operations of those two roles are different creates a need for leaders to change how they operate – and that was a challenge.”

The global financial crisis also brought with it a sea of change in how the mortgage industry operated, which required a notable adjustment on Hilzendeger’s part.

“I had a heightened awareness of what needed to be done in mortgage servicing as we realized what our responsibilities and accountabilities were as a servicer of a mortgage on behalf of consumers – not just on behalf of investors,” Hilzendeger said. “That was challenging for me at the time because there wasn’t a playbook. We worked with new metrics, new numbers, new expectations, and new expense lines, while still trying to be an effective and efficient leader across the operation.”

As a leader honed by three decades of industry advancements, Hilzendeger said that he has always focused on an enduring element: “the people involved in our industry.”

“The two most important people are the customers and our associates,” Hilzendeger said. “I specialize in keeping the customer experience front and center in everything we do, understanding that our decisions – whether it’s policy or procedure changes – impact the front-line associates who interact directly with the customer.”

“Another area of specialty is evaluating individuals’ talent and skill sets and helping them understand how to be more successful. I work with them to enhance their pre-existing skills and help them develop a high-performing team beyond their expectations.”