A quarter of U.S. hotels at risk of foreclosure

Legal & General: 24% of homebuyers are more reliant on ‘bank of mum and dad’ post-pandemic 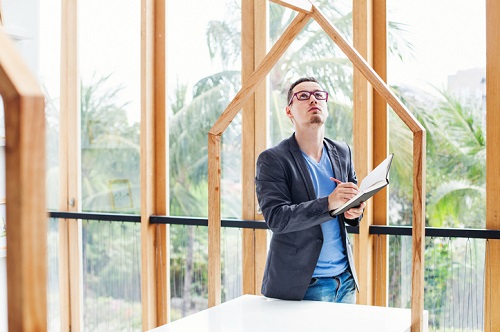 Shutdowns caused by the COVID-19 pandemic have dealt a huge financial blow to the retail industry, prompting commercial landlords to include rent relief concessions in the leases of existing and prospective tenants in a bid to sustain occupancy.

The addition of so-called “pandemic clauses” in commercial leases is designed to allow tenants to defer part of their rent if the government orders another shutdown to curb the spread of COVID-19.

Such language was previously rare in lease agreements, but has since grown in popularity primarily because it provides both sides with some form of security – it enables tenants to cut expenses while allowing landlords to collect rental payments to cover for overhead and mortgage.

Eastbanc, a property developer and owner based in Georgetown, Washington, DC, is one such landlord offering pandemic-related concessions to tenants. In an interview with the Wall Street Journal, the firm’s principal, Philippe Lanier, said the company has offered to slash the minimum base rent by half if businesses in the city are ordered to close again. The balance can be repaid in six equal monthly installments from the first day after reopening. He added that leases structured on a percentage of the retailer’s sales or what he called “percentage rents,” are also offered to tenants, allowing them to cut spending due to sagging sales.

Josh Goldstein, director of real estate and store development at Michigan-based Pet Supplies Plus, told the Wall Street Journal that the pandemic has exposed the need to “clarify and strengthen some of our force majeure language to more clearly define governmental shutdown” in “act of God” clauses, allowing tenants to reduce rents or terminate leases in extraordinary circumstances. He said the company is getting language related to store opening delays included in new leases for retailers unable to open on time because of social-distancing measures.

Some businesses – including clothing stores, restaurants, and salons – have felt the pandemic’s impact more than the others, and many are concerned that the recent resurgence of infections may complicate the situation even further. Some landlords have already started offering rent relief to affected retailers, but many are still worried that a spate of tenant bankruptcies may happen in the future.

Further business closures could pose a serious threat on the commercial real estate market to sustain occupancy. Despite this, many landlords are adamant on excluding pandemics as a force majeure event. They claim adding such language in lease agreements could prevent them from getting any form of financing for the property – especially when courts still haven’t reached a consensus on the matter.

Many have instead offered flexible rent structures tied to a tenant’s earnings, or shorter-term and easily-revocable leases, allowing retailers to leave if a certain sales target is not reached.

Some analysts say rents have decreased by 25% compared to pre-COVID-19 values. They added that it might take some landlords six to seven years to make a profit.