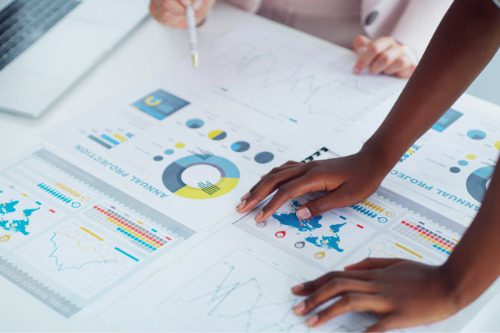 With non-QM lending continuing to pick up steam after a COVID-related pause earlier in the year, originators need to know what programs are available as non-QM business resumes, according to Tom Hutchens of Angel Oak Mortgage Solutions.

“It’s important to build a non-QM portfolio as an originator, because the refi boom is going to come to an end,” said Hutchens, executive vice president at Angel Oak. “What people need to know is, what are the non-QM products available today. They came back, but they came back slowly.”

Hutchens said that although the products that have returned vary from company to company, there are some relative constants.

“Similar to pre-COVID, the bank-statement loan for the self-employed borrower is still the number-one product,” he said. Hutchens said that at the outset of the COVID-19 pandemic, many non-QM lenders temporarily stopped making those loans as they ascertained how the outbreak would affect businesses.

“Now we’re at a point where, industry-wide, we’re able to look and see the impact of COVID on someone’s business – where they are and how they’ve gotten through that period,” he said. “We couldn’t give loans to, for instance, restaurant owners in April or May, because governments were coming in and shutting them down. Now we’re past the government shutdowns, and we can truly evaluate how they weathered the storm. That allows us to make really good credit decisions.

“The same can be said of forbearance,” he said. “Now we’re able to look in the rearview mirror and say, ‘Yes, this borrower did request a forbearance, but at the end of the forbearance they got themselves current.’”

The COVID-19 pandemic is currently resurgent, with cases topping 100,000 per day nationwide. However, Hutchens said he did not expect another non-QM pause.

“I think there’s much more known today than there was in March,” he said. “In March, we didn’t know if we were going to have toilet paper or food ever again. I don’t think the reaction will be quite as sudden and extreme as it was in March.”

Hutchens also said that non-QM would be an even more important part of originators’ toolkits in the new year. A recent Mortgage Bankers Association projection estimated that purchase originations would grow 8.5% to a record $1.54 trillion in 2021. Refinances, meanwhile, are expected to plummet 46.3% next year.

“Purchases are projected to see huge growth year over year in 2021, and non-QM is a purchase product,” he said.

Hutchens also said that non-QM products could help borrowers who were impacted by the pandemic this year.

“Going forward, non-QM is the product to take care of the borrower who has some credit blemishes,” Hutchens said. “The agencies aren’t big fans of credit blemishes – and it’s a computer that makes the decision, so they can’t really apply common sense. In 2021, we will be able to look at someone who had really good credit until, say, April and May 2020, and then they got everything back on the right track. Non-QM is going to be the loan for those borrowers. And agencies are not really looking to expand their guidelines. If anything, they’re looking to shrink them – so the pool of non-QM borrowers is likely to get even bigger.”