LMS: Remortgage completions up 78% in July 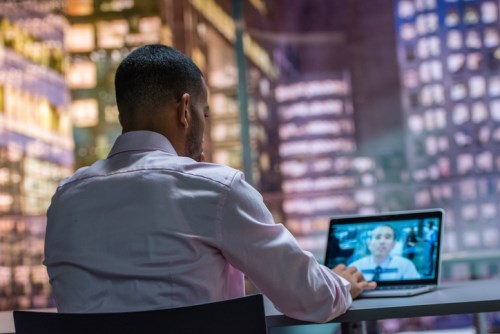 On Wednesday, the National Federation of Independent Businesses hosted a webinar for business owners looking for guidance as the next phase of the Paycheck Protection Program begins and PPP loan recipients start navigating the forgiveness process.

Before digging into the technicalities of the Schedule A worksheet some PPP borrowers will need to fill out and then wading into the implications a reduction in full-time employees or wages might have on the amount of forgiveness a business receives, NFIB director of research and policy analysis Holly Wade answered a number of questions from concerned loan recipients about their forgiveness situations.

Has the application process for PPP forgiveness begun?

The SBA loan forgiveness portal is technically open, but as Wade explained, getting applications submitted will depend on a PPP recipient’s lender and when they are ready to accept those applications.

“We’ve heard from a number of loan borrowers that their bank is waiting until mid- or late August, so it may be a few more weeks,” Wade said.

Can the forgiveness application process be made less complex?

The NFIB has been pressuring the federal government to provide more aid to small businesses, including in the area of PPP forgiveness. The Federation has proposed a system of auto-forgiveness for PPP loans under $150,000 and is urging Congress to add such a provision to the next relief bill. Now that Mitch McConnell has sent the Senate home until September, the provision will have to be added to the long list of demands that have fallen by the wayside as Congress abandons its duties.

The NFIB has asked Congress to allow businesses to apply for a second loan. As with the previous question, however, a satisfactory answer will not materialize until Congress hammers out another aid package.

Wade explained that the PPP loan fund still has $130 billion in it. With the survival of so many businesses still hanging in the balance because of the nation’s catastrophic response to COVID-19, she said a new round of loans would be “hugely helpful” in keeping them afloat.

Where should loan forgiveness applications be sent?

Wade encouraged borrowers to submit their applications through the same lender they used to apply for their PPP loans – unless said lender has instructed them to do otherwise.

My paperwork has been submitted, but my bank told me the SBA portal isn’t open

The portal opened last week, so banks are technically able to send in forgiveness applications.

“If you’ve submitted your application, you should be good to go,” Wade said, but added that failing to send in the proper documents will likely lead to delays.

Why am I being asked for extra documentation if I used the EZ application form?

One business owner was confused that she was asked to send in cancelled checks, lease agreements and utility bills after using the 3508EZ application form, which is meant to streamline the forgiveness process for companies meeting certain criteria. Wade explained that, even though the EZ form is in fact easier to use, it must still be supported with the proper documentation, which is explained in the forgiveness application instruction guide.

How is the paperwork for proving expenses submitted?

Most lenders are allowing applications to be submitted online, including the uploading of supporting documents. This process could vary from lender to lender, so Wade encouraged borrowers to visit their lender’s websites and see if there are any idiosyncrasies they need to prepare for.

Which application form should I use?

In separate presentations, Wade and NFIB Legal Center senior executive council Beth Milito explained that business owners can use the EZ application form if they:

“I’m encouraging everybody to start out, when trying to decide which application form to use, to read through the EZ form first,” Wade said.

If employees quit during my cover period, will that impact my forgiveness amount?

Business owners actually have safe harbour in this case. Wade explained that employees who voluntarily quit do not count against a borrower looking for forgiveness, nor does an inability to fill vacated positions during the cover period.

“Don’t worry,” Wade said. “This won’t count against you on forgiveness if the employee quit voluntarily or wanted to reduce their hours voluntarily.”

I don’t have to pay back my EIDL grant, do I?

The Economic Injury Disaster Loan, part of the PPP program, is indeed a grant and does not need to be paid back. However, anyone who received both EIDL and PPP funds will have the EIDL amount subtracted from their total approved forgiveness amount. The amount of the grant, Wade said, “will turn into a one percent loan that you will have to pay back, unfortunately.”

Do payroll costs include taxes paid by an employer?

Borrowers can’t include federal taxes, including Medicare and Social Security deductions, when determining their forgiveness amounts. When PPP loans were applied for, businesses had to calculate their gross wages to determine the maximum loan amount. With forgiveness, however, borrowers can only include state and local payroll taxes. Federal payroll taxes must be subtracted.

The Q&A portion of the presentation was really just the tip of the iceberg. PPP borrowers with questions around forgiveness, and there are plenty of them, are encouraged to give it a look.