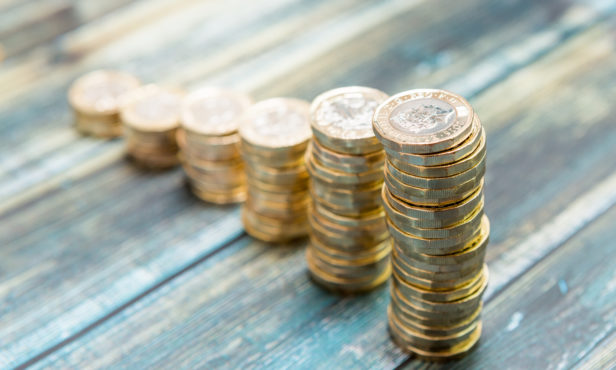 David Jones is director of Click2Check

Even without the decision to extend the government’s furlough scheme by another six months, this up-coming period was still going to see a huge amount of fluctuation in terms of people’s individual incomes and the varying amounts that might be going in and out of bank accounts.

Indeed, since the lockdown was announced in March and since the government began paying people’s wages, 2020 – for many people – will have seen the most unstructured income levels that they can remember.

Trying to walk a path through that increased complexity and making a case for a mortgage client with a lender – when their 2020 income might be very changeable month to month – was always going to be a difficult task.

And that is just for full-time, employed individuals who might well have been furloughed for a period, but are now back at work and earning their ‘normal’ amount.

Certainly, it’s possible to understand why the larger, more mainstream, lenders who rely on technology to move their cases through underwriting are causing more problems for advisers in this space.

When you are reliant on technology fully understanding the subtleties of income changes and why what happened during March to May, may be a blip, you can already see the potential for a lot of cases being spat out for no good reason, and an increase in the frustration levels all round.

And, as mentioned, this is just for those cases who might well be considered ‘run-of-the-mill’. What about those with even more complex incomes, the self-employed, contractors, freelancers, those who rely heavily on bonuses or commission, whose 2020 income levels/bank records may show a huge difference month to month?

How are you able to present their financial situation in its entirety, and their credit-worthiness, in order to satisfy a lender (or lenders) who may well be taking a very different approach to some, or all, of those borrowers?

It’s a tricky ask, and the government extension to furlough, does not necessarily make it any easier. Understandably, lenders want answers for what might potentially happen in the future, but they also need some income comparables?

What should they be? How relevant is pre-lockdown to now? Can we take a seemingly arbitrary three-month period this year and compare it to what might happen in 2021?

Shouldn’t we begin focusing on what income would be in a ‘normal’ environment? But what is ‘normal’ now, especially for certain sectors who have effectively been put on hold?

All advisers can do is present the full picture, but again, that’s often easier said than done.

The initial client meeting might suggest one view, but payslips or other financial information suggest another?

The client might be oblivious to what their true credit rating is now, and it’s only when you see their full report and banking details that you can even begin to acknowledge that the truth might be more complex than you (or the client) believed.

And then, of course, there are different methods adopted by each lender in terms of what they want to see, how they want to see it, and what is required to move a case forward. Some specialist lenders appear to be moving away from individual bank statement requirements when underwriting a loan.

Foundation, for example, recently issued a statement saying it would no longer require bank statements for owner-occupation residential mortgage applications.

However, this doesn’t mean that the information won’t be required wholesale. Instead Foundation said bank statements will only be required for ‘specific reasons’ by underwriters, and given that this is a lender active in the more specialist residential space, then I can guarantee advisers will need to have that data, and that if it is available in Open Banking form, even better.

There’s no doubting there will be many clients with quite different financial pictures now than at this time 12 months’ ago. Over the next six months or so, that picture will get even more nuanced and detailed. But that does not mean they aren’t good credit risks and don’t deserve the mortgage they are applying for.

It’s a complex picture, but by having that credit report and banking data upfront via a service like Click2Check, you’ll be in a much better situation immediately, and can plot that course, choose that lender, make that recommendation, rather than moving off down multiple dead-ends.