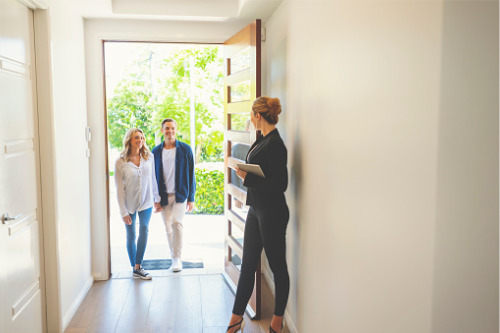 The most recent iteration of Lightbox’s monthly CRE Confidence Index strikes a hopeful note for the commercial real estate industry. The June survey of engineers, appraisers, brokers and lenders found sentiment in the commercial space skyrocketing from the despondent levels seen a month earlier.

The index was 108.2 in May. In June it had climbed to 142.4. (The index’s base of 100 was established in April 2020.) The percentage of respondents who said their activity had improved over the previous month increased from 17 percent in May to 51 percent in June.

The accompanying report explains that commercial stakeholders had begun re-initiating deals that were halted by the COVID-19 shutdown, but adds that the recovery remains slow. The increase in coronavirus infections seen over the past two months casts a shadow over the data.

“The number of inquiries by firms seeking advice on the market is up,” read a comment from one survey respondent. “It is a feeling-out period, but there’s a great deal of uncertainty so clients’ attitudes are tempered with caution about a possible second wave of the pandemic necessitating further economic contractions.”

“As the lockdown is being lifted, demand is coming right back,” said another respondent. “Everyone we speak with is anticipating things will pick up very quickly.”

On average, respondents were operating at 71 percent of their usual capacity in June, with a further nine percent reporting that they had already returned to pre-pandemic levels. One quarter of respondents said they expect to return to pre-pandemic capacity by the fourth quarter, while 31 percent project their recoveries won’t begin until 2021.

A similar survey conducted by Transwestern and Devencore found heightened concerns over demand for traditional office space and, somewhat surprisingly, medical office space, which is expected to suffer over the short-term as medical practitioners deal with budget shortfalls triggered by the pandemic shutdown of their operations. Industrial, according to the report, “will remain the belle of the ball” thanks to the rise of e-commerce.

“Select respondents are concerned about the long-term impacts to office demand, as tenants could embrace telework as a long-term solution,” reads the report. “However, optimism stems from the occupier side, with increased activity from tenants looking to right size office space, as well as potential for suburban demand for affordable, social-distanced options.”