Are regulators ‘asleep at the switch’? 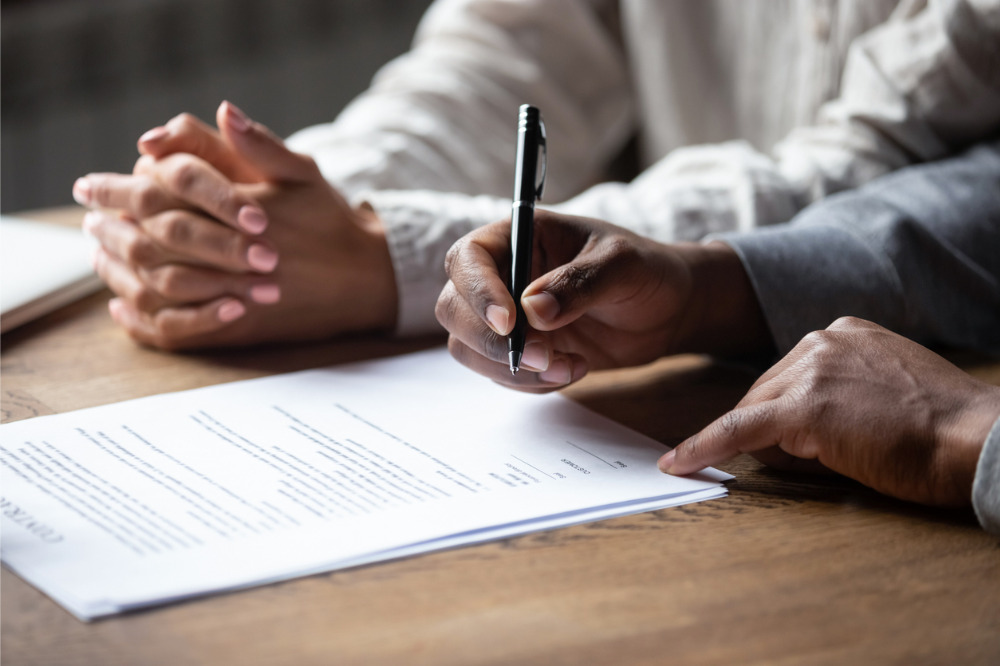 Disclaimer: MPA has been receiving a fair amount of pushback this year from readers who have been offended or upset by the coverage the site has been giving to race-based disparities in the U.S. housing and lending spaces. As long as systemic racism continues to reveal itself in the real estate industry, we have a responsibility to educate our readers on the many forms it takes.

Here is a gentle reminder for readers who may disagree with the conclusions drawn in the reports we cover: You are not being accused. You are not being singled out. You just happen to work in an industry where systemic racism remains a problem. That doesn’t mean all lenders and realtors are racist. What it means is there are policies and practices in place which, intentionally or not, put people of color at a disadvantage when it comes to both getting on the property ladder and trying to ascend it.

If you don’t believe that, it’s because you have never been the victim of systemic racism. That does not mean it doesn’t exist.

A recent study by the MIT Sloan School has found that Black Americans are paying more to be homeowners, leading to a significant loss of retirement income and exacerbating the wealth gap between the country’s white and Black populations.

In “Unequal Costs of Black Homeownership”, authors Michelle Aronowitz, Edward L. Golding, and Jung Hyun Choi assert that higher mortgage interest costs, mortgage insurance premiums, and property taxes all play a role in making homeownership both more expensive and riskier for Black borrowers. Citing data from the Urban Institute, the report’s authors say that if the extra costs paid by African Americans were eliminated, the $130,000 Black-white gap in liquid earnings at retirement would be cut in half.

“These inequities make it impossible for black households to build housing wealth at the same rate as white households,” reads the report. “A fair homeownership system must reform these inequitable federal, state, and local policies.”

The report’s authors found that “over-pricing for perceived risk factors”, including lower credit scores and higher loan-to-value ratios, is a prime factor in the higher costs paid by Black homeowners. Taking into consideration in all purchase loans, the average interest rate for African American homeowners was 12 bps higher than for white homeowners. For GSE purchase loans, where risk-based pricing is more prevalent, the difference is 20 bps.

The authors calculate that Black homeowners pay approximately $250 more per year in interest charges for purchase loans. $250 a year doesn’t sound like much, but if a 40-year old could instead save that $250 for 25 years at four percent interest, the result would be an extra $11,000 in retirement savings. (That formula pops up repeatedly in the study.)

Higher interest rates due to a lack of refinance opportunities

America’s COVID-era refi boom was seen as a major windfall for homeowners, but the study says white homeowners are often able to take advantage of falling rates and the lower overall costs that result from well-timed refinances more often than Blacks. Refi activity was 2.5 percent higher for whites than Blacks in 2019.

Many borrowers of color, the authors explain, are told by their lenders or servicers that they don’t qualify for a refinance because of unfavorable debt-to-income or LTV thresholds, even though they have already been deemed responsible enough to be granted a mortgage. Some are told that past delinquencies disqualify them, even though refinancing at a lower rate would reduce the overall risk associated with the mortgage.

As the study states, “there is no additional credit risk added to the economy when a mortgage is refinanced to a lower rate, while there is significant financial benefit to the lender when the borrower holds the mortgage at above-market rates.”

It is estimated in the report that Blacks pay $475 more per year in interest than whites because of a lack of refinance opportunities, resulting in lost retirement savings of almost $20,000.

“Since appraisal values in black neighborhoods are typically less than like properties in white neighborhoods, it was striking to find that black families are actually paying higher taxes for homes deemed less valuable,” she says. “By paying higher taxes for less valuable homes, black families are creating far less wealth through home equity, which continues to perpetuate the racial wealth gap in this country.

Golding, who is also the executive director of the MIT Golub Center for Finance and Policy, told CNN that while mortgage costs are determined by markets to some extent, “there is a great deal of public policy that influences these rates, especially as it impacts people of color.

The report makes several recommendations for addressing these policies, including tax credits for first time homeowners, which could be used as down payments. Such a move could lessen the impact of risk-based pricing and eliminate the need for these buyers to acquire mortgage insurance. It also suggests creating a government supported insurance program that would continue making a borrower’s mortgage payments in the event of unemployment or disability.

Christensen feels such a program would be “transformative” for Black homeowners.

“As we have seen through the COVID-19 pandemic, the majority of the people negatively affected by illness and employment loss are from Black and brown communities,” she says. “Having an insurance program that is government sponsored to ensure people are able to keep current on their mortgage payments during times of crisis could help to ensure sustainable homeownership in our communities of color.”

In the eyes of the study’s authors, the change that would prove most beneficial is the end of risk-based pricing, which disproportionately impacts Black and brown borrowers, and a move toward risk-pooling that would distribute risk evenly among a lender’s borrowers. Getting rid of the capital buffers on low FICO or high LTV mortgages could also be significant.

Risk-based pricing, the study asserts, is largely a hangover from the Great Recession; the work of an over-cautious FHFA that fears repeating the mistakes that led to the implosion of the country’s housing market.

“These capital standards have the effect of placing the burden of staving off a repeat of the 2008 Great Recession on black homeowners, even though black homeowners were primarily the victims of the crisis, not its cause,” the report says. “The important point is that risk-based pricing is not required for safe lending but is the result of policy decisions that can be safely reversed while continuing to support a profitable mortgage industry.”