Have Fannie and Freddie dropped the ball on diversity? 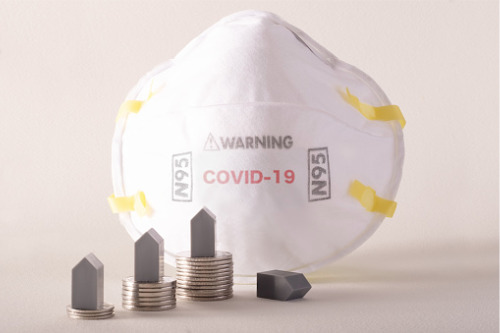 A recently released report from comparison site LendEDU says homeowners who purchased as part of the unexpectedly torrid buying frenzy seen during the COVID-19 pandemic are currently suffering from an acute case of buyer’s remorse.

Considering the joblessness and uncertainty still being inflicted on the U.S. by the coronavirus, it’s not surprising that some of these buyers, drawn into the market by a combination of FOMO and historically low interest rates, would find themselves in over their heads. But the number of homeowners LendEDU says are regretting their purchases goes beyond what most readers would expect. There’s a reason for that.

After commissioning an online Pollfish survey of 1,000 U.S. adults who were currently paying off mortgages in August, LendEDU released the results under the title “55% of Homeowners Regret Taking Out a Mortgage During the Pandemic.” The only problem is that nowhere close to half of the survey’s participants said they regret their purchases. Ninety-four percent of respondents purchased their properties before the pandemic started, meaning only six percent were even considered for the questions regarding regret.

The 55 percent stated in the study’s title refers to that six percent, meaning 55 percent of a sample size of approximately 60. Of those 60 respondents, only 30 percent say they regret their purchases because of financial reasons.

With that in mind, it’s hard to take LendEDU’s conclusions very seriously. Few people in the mortgage industry seem to be seeing the same level of regret in their clients.

“No, wouldn’t agree with that,” said Justin Parker, RCN Capital’s head of treasury and capital markets. “We have seen a great amount of success from our clients post-COVID in the projects they’re taking on.”

Teresa Tims, president of TDR Mortgage and Real Estate Group, hasn’t heard many complaints from her clients either.

“No, I am not hearing that at all,” Tims told MPA. “People are clamoring to buy here. It’s more like ‘buyer rejoice.’”

The report fails to point out that many Americans regret their home purchases at the best of times. A December 2019 survey by Porch found a litany of regrets among baby boomers, Gen Xers and millennials. A Trulia survey conducted in 2017 found that 44 percent of Americans had regrets about their current homes. A February 2019 survey from Bankrate.com said 63 percent of millennial homeowners had regrets about buying. It’s hardly a new phenomenon.

But a few of the questions posed to the entire respondent group are worth a glance. When asked if they were struggling to repay their mortgages since the start of the pandemic, 58 percent said no while only 20 percent said they were having trouble repaying because of the “general financial struggles/recession brought on by the coronavirus pandemic”.

Sixty-seven percent of respondents said they have not entered a forbearance program with their lenders, with only 16 percent saying they have. Eleven percent said they are making reduced monthly minimum payments.

Of the participants who entered forbearance agreements, 54 percent said they have seen their credit scored suffer due to a missed or insufficient payment. But LendEDU says 60 percent of that group have already resolved their credit disputes. Twenty-nine percent have received no resolution of any kind and are not currently in contact with their lender or credit bureau regarding the issue.

Even without conducting a survey to back it up, MPA feels safe in assuming that 100 percent of market-watchers will likely find LendEDU’s data 99 percent unnecessary.