Nationwide: Strongest start to the year since 2005

How Mann Mortgage keeps its employees happy and supported 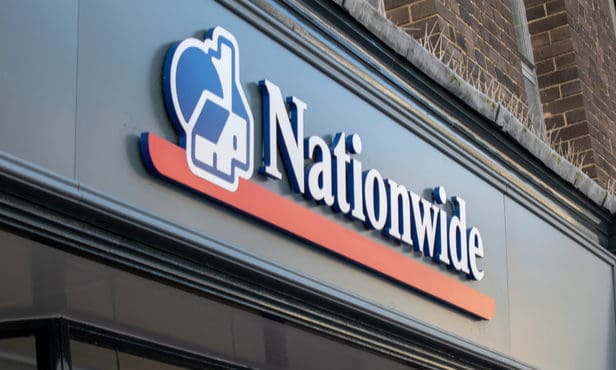 Annual house price growth increased to 11.2% in January, from 10.4% in December, representing the strongest start to the year since 2005, according to the Nationwide House Price Index.

Robert Gardner, chief economist at Nationwide, said: “Annual house price growth accelerated to 11.2% in January, the strongest pace since June last year, and the strongest start to the year for 17 years.

“Housing demand has remained robust. Mortgage approvals for house purchase have continued to run slightly above pre-pandemic levels, despite the surge in activity in 2021 as a result of the stamp duty holiday, which encouraged buyers to bring forward their transactions to avoid additional tax.

“Indeed, the total number of property transactions in 2021 was the highest since 2007 and around 25% higher than in 2019, before the pandemic struck.

“At the same time, the stock of homes on estate agents’ books has remained extremely low, which is contributing to the continued robust pace of house price growth.

“While the outlook remains uncertain, it is likely that the housing market will slow this year.

“House price growth has outstripped earnings growth by a wide margin since the pandemic struck and, as a result, housing affordability has become less favourable.

“For example, a 10% deposit on a typical first-time buyer home is now equivalent to 56% of total gross annual earnings, a record high.

“Similarly, a typical mortgage payment as a share of take-home pay is now above the long run average, despite mortgage rates remaining close to all-time lows.

“Reduced affordability is likely to exert a dampening impact on market activity and house price growth, especially since household finances are also coming under pressure from sharp increases in the cost of living.

“Consumer price inflation reached 5.4% in December, its fastest pace since 1992.

“This is more than double the Bank of England’s 2% target and inflation is set to rise further in the coming months as the energy price cap is increased.

“This rapid rise in inflation has been an important factor denting consumer confidence in recent months, especially how people see their own personal financial situation evolving, although as yet, this has done little to dent housing market activity.

“High inflation and growing confidence that the Omicron variant will not derail the wider economic recovery has led to increased expectations that policymakers will increase interest rates further in the months ahead.

“This will further reduce housing affordability if it feeds through to higher mortgage rates, although to date a significant proportion of the rise in longer term interest rates seen in recent months has been absorbed by lenders.”

Miles Robinson, head of mortgages at Trussle, added: “While it’s good news that house price growth remains steady, homeowners are facing tremendous financial pressure that could derail the gains we have seen in the past year.

Alongside the general squeeze on household finances, there are a number of factors that risk making mortgages unattainable.

“The Bank of England’s decision to increase interest rates has meant that sub 1% mortgage deals have already all but disappeared from the market.

“In addition, this move has added as much as £324.48 onto the average mortgage annually.

“On top of this, dramatic rises in energy prices are making lenders nervous to the extent that utilities may now be considered in affordability tests during mortgage applications.

“Not only could this prohibit those with smaller deposit sizes from accessing the market, but it could also ring fence more competitive mortgage deals for those who really need them.”

Peter Beaumont, chief executive of The Mortgage Lender, said: “House prices are still being driven up as demand outstrips supply and sellers raise their prices.

“If it isn’t already a fiercely competitive environment for prospective buyers, it could soon become even tougher to get a foot on the housing ladder as the cost of living soars.

“Borrowing costs are rising and banks are likely to tighten their lending criteria, leaving buyers high and dry if they cannot get past stricter mortgage affordability tests.

“However, there might be help on the horizon as the FCA considers encouraging lenders to ease affordability tests.

“And of course, rising wages my offset some of the effects of the cost of living rises we are seeing.

“Ultimately, the housing market needs to work together to provide alternative solutions for aspiring buyers, or it risks blocking out anyone with so much as a blemish on their credit record.

“As rock-bottom rates creep up, buyers can benefit from shopping around and looking beyond traditional lenders, considering more flexible mortgage options that suit their individual circumstances.”