Bankrupted J.C. Penney is still sitting on a commercial real estate gold mine

FHA Fee – Are FHA Loans Expensive or Not 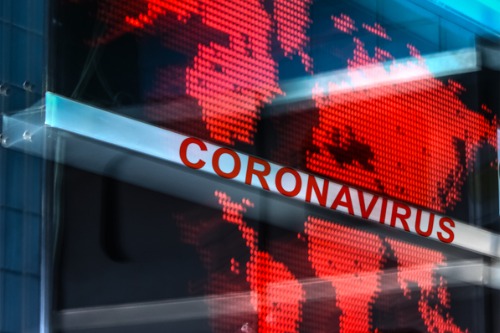 After polling a collection of developers, investors, architecture firms and other organizations in the real estate industry, real estate advisement firm RCLCO has found that America’s commercial real estate insiders believe most commercial sectors have either reached, or are approaching, the bottom of the COVID-19 cycle.

RCLCO’s Mid-Year 2020 Sentiment Survey, released last week, contained a relatively high amount of confidence considering the lingering struggles most states are having keeping COVID-19 under control. Although the RCLCO Real Estate Market Index (RMI) hit its lowest level – 9.2; it was just under 65 at the end of 2019 – since the company began recording the index at the end of the Great Recession, the Future RMI was a much easier to swallow 36.8. Fewer than 16 percent of survey respondents said they expect commercial real estate markets to be significantly worse over the next 12 months.

“[T]here is some optimism that the worst of the downturn may be behind us, and market participants are anticipating much better market conditions a year from now,” reads the report.

When asked what stage of the COVID-19 cycle each commercial sector is currently in, respondents named land and multi-family as the only two sectors to have firmly hit bottom. Office was considered to be just entering its bottom phase, with seniors facilities, retail and hospitality still in free fall. 31 percent of respondents felt the hospitality sector will only be in the early stages of its recovery by June 2021.

Only the industrial sector was considered to be in robust condition. Of the six industrial sub-categories presented to respondents, cold storage was the only one where fewer than 40 percent of them considered it to be either “late stable” or “early stable”, the latter indicating that no downturn is on the horizon.

It was a very different story when people were asked about retail. Grocery-anchored community centers were considered by most respondents to be the only properties in either the “late stable” or “early stable” parts of the cycle. Most were considered to be either in “full downturn” or bottoming out, with fortress malls being particularly challenged.

“Any way you slice it, these mega-malls are expected to experience major problems over the next twelve months,” the report says.

When asked about the shape of the U.S. economy’s eventual rebound, 57 percent of respondents said they expect a “fall swoosh”, in which the economy comes back slightly in Q2 but then gets derailed because of re-implemented COVID-19 restrictions that supress consumer confidence. Under this scenario, GDP falls by 7.4 percent and the levels of activity seen in the fourth quarter of 2019 don’t return until the first quarter of 2022. Unemployment is expected to peak in the second quarter, but employment won’t fully recover until 2023.

The first quarter of 2020 was terrible for commercial real estate, and Q2 data will soon tell the story of just how much revenue has been lost by commercial tenants. But according to LightBox analyst Dianne Crocker, it’s Q3 2020, when government stimulus money starts drying up and small businesses are forced to stand on their own two feet, where the real pain will be felt.

“The numbers over the next quarter are going to be the ones that really tell the story of who emerges from this pandemic the fastest and where investors are focusing over the near-term,” she says.