Mortgage holidays: From banger to clanger?

Will forbearance slide into foreclosure as COVID-19 rages on? 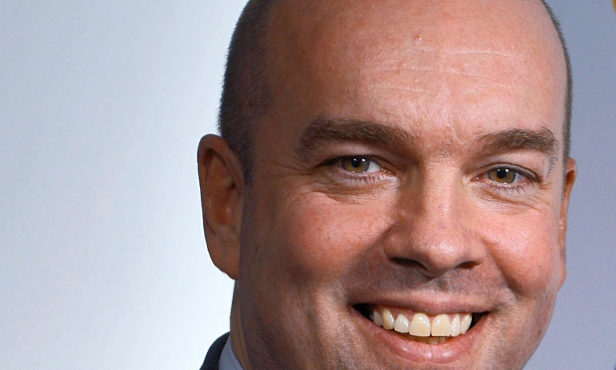 David Jones is director of Click2Check

For those of us of a certain age, those lyrics will resonate deeply, perhaps conjuring up mid-80s holidays of our own, as we hit the dancefloor to the ‘summer smash’ of 1986 which was, and always will be, ‘Holiday Rap’ by MC Miker G & DJ Sven.

Anyone who has unfortunately never heard of this staggering work of genius, or would like to be reminded of it in all its glory, can feast your eyes and ears on this.

It won’t take long to work out that this ‘absolute banger’ is a, shall we say, big reimagining of Madonna’s ‘Holiday’, combined with a ‘little piece’ of Cliff Richard’s Summer Holiday – I’ll spare you the link of that one.

Never in her wildest dreams (or nightmares) might Madge have considered that her tune would metamorphosis into something rather stranger and, dare I say it, sinister than her perky pop hit of 1983.

But that’s what can happen. What starts off with seemingly good intentions can drop into the hands of a Dutch ‘hip hop’ duo and end up being voted Worst Video of 1986. Congratulations fellas.

And so we turn to our industry’s very own ‘holiday’ which, judging by the way the mortgage market is heading, could turn into its own nightmarish ‘soundscape’ for large numbers of borrowers who thought they were doing the right thing, but via the law of unintended consequences, ended up harming their future chances of securing a mortgage.

The government’s decision to allow homeowners to have a three-month mortgage payment holiday back in March was, undeniably, the right solution.

For those who were suffering the full impact of COVID-19 in the form of a decreased monthly cashflow, having that breathing space was crucial.

However, one has to now worry that a) the communication about what a mortgage payment holiday actually was never quite hit the mark, b) the consequences around credit-worthiness and future affordability were never truly thought through, c) the government and the regulator didn’t really have a handle on how lenders would have to treat these borrowers in the future, and d) in a world of highly-regulated advice and lending provision, those at the sharp end might take a different view to how they were ‘supposed’ to deal with these customers.

It has taken a little while to work its way through the system, but in a world where the mortgage payment holiday ‘programme’ has now been extended for a further three months, and where borrowers have until the end of October to apply for one, we are starting to see the potential difficulties that might hit hard.

Despite plenty of positive noises about how the taking of such holidays wouldn’t impact on client’s credit scores, it always seemed self-evident that lenders would, at the very least, want to know whether a holiday had been taken, and, from that point, would start to utilise that information into their future lending decisions.

And, so it has come to pass, that what started off as a seemingly ‘simple’ way of helping mortgage borrowers save cash over a short period of time, is now likely to turn into some significant issues for those borrowers as they seek mortgages in the future, and of course the intermediaries who will be attempting to lead them through this process to a positive conclusion.

A quick review of ‘mortgage adviser Twitter’ already reveals mortgage applications of payment holiday borrowers being declined, an outcome that many advisers voiced their fears about back in March and which appear to be coming true.

Just because the credit report doesn’t highlight those ‘missed payments’, doesn’t mean the lender won’t be reviewing the banking statements/data, to ascertain exactly what position they are in. This seems particularly so for those who have opted for an extension.

In that sense, it seems doubly important that advisers are armed with the most up-to-date and thorough information about their client’s financial situation before moving towards any sort of lender option.

This is even more vital in a world in which there of course won’t be any sort of uniformity in lender approach to these borrowers, and where systems will operate at varying degrees of ‘intelligence’ with regard to recognising the holidays taken and determining whether they can proceed or not.

Since we launched our Credit Assess product, I’ve talked to large numbers of advisers who fully recognise how important having that credit/banking data info upfront is, and how much more important it’s going to be. The financial situation has changed for so many people in such a short space of time, that without it, the adviser is effectively flying blind.

For many of us, and our clients, holidays have either been cancelled or are on hold – with the right info, we can hopefully ensure the same is not true for our client’s mortgages.