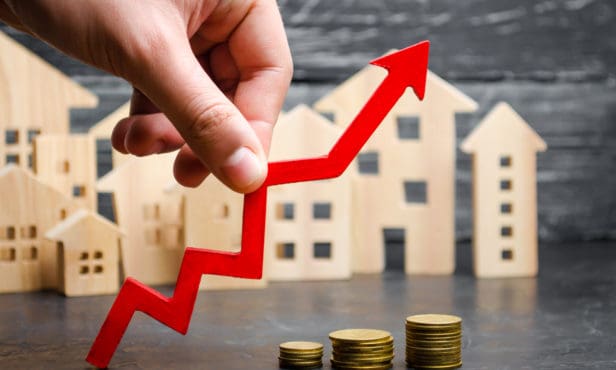 The average fee charged on a fixed-rate mortgage deal (not including no-fee products) is now £1,078 which is the highest since November 2012, according to Moneyfacts.

This figure has increased by £60 since June, and by £61 when compared year-on-year.

Moneyfacts also fund that the proportion of the market offering fixed rate mortgage deals that do not charge a fee has reduced from 42% last November to 34% at the start of this month.

The percentage of the fixed rate mortgage market where free or refunded legal fees are offered at 54% is higher now than it was in November 2019 (50%).

For deals where a free valuation incentive is included, the proportion is stable year-on-year at 69%.

The proportion of deals that offer a cashback incentive has fallen to 25%, an 8% drop since June.

Average rates for fixed mortgage deals, both with and without a fee, have increased by 0.51% and 0.46% respectively since July.

Eleanor Williams, finance expert at Moneyfacts, said: “Borrowers considering locking into a new fixed mortgage deal may be disappointed to see that average rates have continued on an upwards trajectory.

“Those who chose to fix now could not only protect themselves from further potential rate increases – compared to the average SVR of 4.44%, borrowers could save over £132 per month, which over two years could reduce outgoings on mortgage payments to the tune of over £3,000 and fix their monthly payments in the process.

“This is encouraging news for borrowers who may want to adjust their monthly outgoings and reduce costs where they can.”

Williams continued: “The average fee charged on a fixed rate mortgage deal (excluding products with no fee) has increased for the fifth consecutive month, and at £1,078 is the highest on Moneyfacts’ records since November 2012, when it reached £1,095.

“This may be a result of lenders raising fees as a means to gain additional margins in an environment where these were already slim following the significant fixed rate war of recent years.

“Those who are looking to limit any outlay involved in taking on a new mortgage should note that the proportion of the fixed rate market where there are no fees payable has fallen slightly.

“At 34%, this is 6% lower than the percentage of the market that offered this type of deal in June and 8% lower than November last year, but it is positive to see that despite the reduction, fee-free fixed deals are still available.

“Borrowers may also find it positive to see that the proportion of this sector where free or refunded legal fee incentives are available is higher than a year ago at 54%, and that for deals where a free valuation is available the proportion is stable year-on-year at 69% – although some way below the 78% of the market that offered this type of incentive in June.

“However, in less positive news, the proportion of products with a cashback incentive has fallen by 9% since last November and now makes up just 25% of the fixed mortgage market, which is perhaps unsurprising to see at a time when lenders may need to rein in any lucrative offers.

“Despite continuing to face both operational difficulties and ongoing economic uncertainty, lenders are continuing to tailor their array of products to entice borrowers.

“Average rates and fees are increasing, but there are still a variety of options to choose from, including those that reduce the upfront cost.

“Deciding on the right mortgage deal comes down to more than just the initial rate available, so seeking independent financial advice would be wise.

“Seeking advice can help consumers assess whether a package would be of benefit, and to select the best overall choice for an individual’s circumstances.”