What made housing less affordable in Q3? 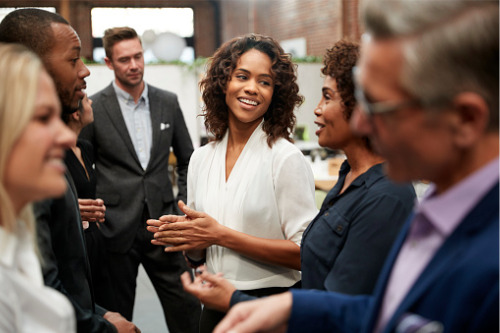 “I joined PMP about a year ago, and we’ve always talked about strengthening the fabric of community banks across the country,” Aydelotte said. “We kept coming back to this issue of minority-owned banks. We really wanted to focus on where we can create a difference.”

Minority-owned banks can be important economic drivers in their communities. A March study by the Urban Institute found that Black-owned banks generally lent in greater shares to low- and moderate-income communities. During the 2008 housing crisis, these banks increased their mortgage lending to Black borrowers while other financial institutions cut back. However, the same study found that Black-owned banks are disproportionately affected by financial crises.

“In the early 80s we had somewhere around 15,000 community banks around the country, and now we’re down to 5,000 – and minority-owned banks are an even smaller share,” Aydelotte said. “On top of that is the impact of COVID, and what that’s done to decrease savings rates across the country. All of that was layered into our conversation about what we could do to help community banks.”

Under PMP’s new initiative, it will work with the Community Development Bankers Association to identify minority-owned and community banks to participate. Those that join the initiative will have access to the company’s mortgage fulfillment services and joint marketing program at a steep discount.

Aydelotte said that community banks sometimes lack access to the technology to allow them to get into mortgage lending on a decent scale.

“That’s part of it – they don’t have the technology,” she said. “The other piece may be that they’ve been out of the mortgage banking business for a while and they need a partner that’s got a great compliance reputation – which we do. They may have commercial banking expertise, but they don’t have mortgage banking expertise, so they ask us to step in.”

“It’s a big ask for us to work with a community bank and essentially ask them to hand over their borrower to a vendor. There’s a level of trust needed there,” she said.  “We really focus on understanding the community itself. We try to ensure that they know we take that relationship with the customer seriously, and we’re there to be a very strong partner in that respect.”

“Outside of what we’re doing at PMP, the broader economy rests on the fact that the middle class is strong – that the economic level of all groups lifts,” she said. “That’s key to what we’re doing. The situation of middle- and lower-income America is a bellwether for what happens to the rest of us. We can’t continue the decimation of middle- and lower-income America. We’ve got to do our best to short that out – not just us as PMP, but all of us as a country.”