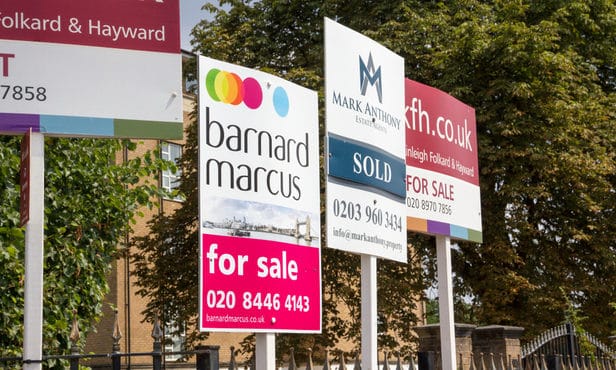 An estimated 88% of home sellers used a traditional high street estate agent for their latest move, according to a survey completed in January by property platform WiggyWam.

Meanwhile, 8% of respondents said they completed their last home move without the help of any agent while only 3% used an online or hybrid agent.

The research also found that 72% of those surveyed said their agent performed either very well (35%) or to a satisfactory level (37%).

WiggyWam outlined that just 15% of respondents said they were disappointed by the service their agent provided.

When asked what they would do to improve the experience of using an estate agent, 21% said they would reduce the amount of fees that agents charge.

In addition 14% said they would improve the overall standard of service, 11% want better communication, and 10% wish it had taken less time to find a buyer.

The survey was conducted in January and consisted of 1,107 UK home sellers.

Silas J. Lees, chief executive of WiggyWam, said: “At a time when one would expect online agency to be thriving, traditional agency is proving itself, once again, utterly indispensable.

“These findings come at the end of the most challenging year agents have faced in decades and yet people still overwhelmingly choose a highstreet agent above all else. There is no more glaring vote of confidence in traditional agency than this.

“With customers so delighted with the work of agents, it highlights again the problems being caused by archaic and sluggish conveyancing processes causing a bottleneck as we fast approach the stamp duty deadline.