Canada Life: 35% of grown children move back into family homes 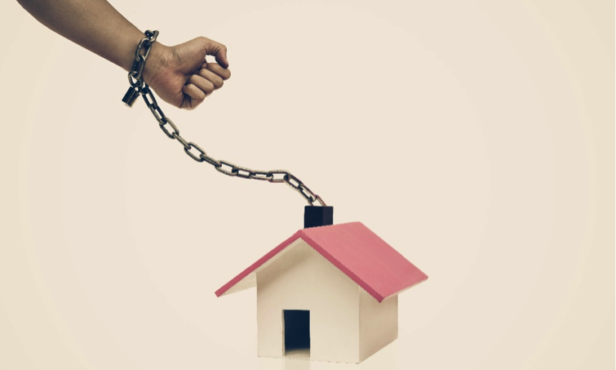 A quarter of a million, 250,000 individuals are trapped in unaffordable mortgages, and can only be released by the government, according to a report by London School of Economics and Political Science (LSE).

The report, which was commissioned by MoneySavingExpert.com (MSE), provides eight policy solutions to free trapped borrowers.

Earlier in the year, John Glen, economic secretary to the treasury wrote to Martin Lewis to say he would give “full consideration” to the proposals.

The policy solutions include interest-free government equity loans, removing ‘Together’ loans as an obstacle, and bringing all owners of ‘closed books’ within the FCA’s oversight.

In addition, the report calls for mortgage rescue, which would allow those whose mortgages are financially unsustainable to remain in their homes as tenants, while the property is sold to housing associations with a buy-back option later.

Partial loan write-offs by investors, Capping very high SVRs on closed books, and fund and signpost debt counselling and advice are all included within the eight policy solutions.

The final solution is to provide better information about the owners of their loans and their regulatory status, the securitisations in which the loans are held, and existing consumer protections.

Furthermore, data from the report shows that mortgage prisoners are up to 40% more likely than other borrowers to default due to coronavirus, and they have higher rates of physical and mental health problems.

LSE and MSE now believe that regulators, such as the Financial Conduct Authority (FCA) have done all that they can do, and it is now on the government to assist in freeing mortgage prisoners.

Martin Lewis, founder of MoneySavingExpert.com, said: “Mortgage prisoners are the forgotten victims of the 2008 financial crash. The government at the time chose to bail out the banks, but unfairly – immorally – hundreds of thousands of their victims were left without adequate help, trapped in their mortgages and the financial misery caused by it.

“The Prime Minister has touted the idea of subsidising 5% deposit mortgages for first-time buyers. Alongside that, there is a moral responsibility to release money to free mortgage prisoners from their penury.

“Speed is necessary now, as coronavirus has torn through people’s livelihoods. Nobody should underestimate the detriment to people’s lives and wellbeing if the treasury does not act, and act soon. Intervention can and will save lives.”

Kath Scanlon, distinguished policy fellow at LSE London, added: “The government took measures after the global financial crisis to make mortgage lending less risky, but these policies also contributed to locking some borrowers in to their existing lenders.

“The situation has caused real harm for many affected borrowers, yet UKAR and FCA policies to address the problem help only a small minority. And now coronavirus is making the situation much worse.”

Rachel Neale, from the UK Mortgage Prisoners group, said: “It is now abundantly clear that borrowers were ‘not to blame’ for taking out mortgage products with ‘household names’ such as Northern Rock and Bradford and Bingley. The responsibility lies largely with ‘successive governments’.

“The financial and emotional harm sustained for over a decade has been devastating for mortgage prisoners. These consequences are well known by the government; therefore it is now time to find a fair and ethical solution for all mortgage prisoners.”