Brokers beware of buyers in BTL 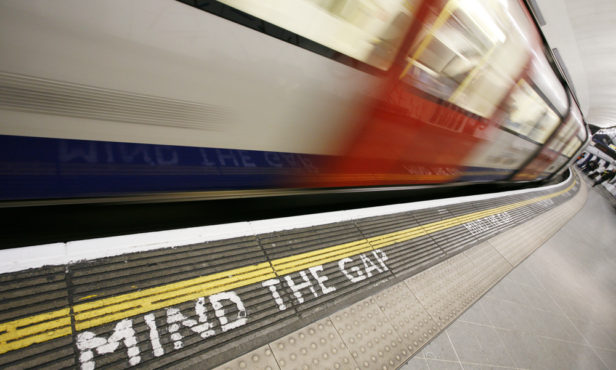 London’s rental performance hit an all-time low at the start of this year with rents falling by 3.32% compared to the previous year, the MIAC Property Analytics’ Rental Index has found.

If London’s poor performance continues rentals in the capital could match the rest of the UK by 2036.

MIAC’s broader data for the whole UK market found that “polo mint” economies around major cities are a consistent phenomenon, with strong rents in the immediately surrounding Counties as the population seeks new living and working routines out of town.

The annual delta (performance against the previous year) for London hit an all-time low of -3.32% at the beginning of 2021 – also a record gap below that of the UK outside London, which was still growing at almost 1%.

MIAC’s data, which is gathered from a combination of sources including Land Registry and goes back as far as 1995, has only ever recorded one other instance of the UK annual delta rising above the corresponding London delta, which its analysts say can be explained as a temporary crossover corresponding with the end of the Olympics in London.

Dr Darrel Welch, UK managing director at MIAC Property Analytics, said: “The rate of increase of both rents (and property prices) is slower for major cities than for the rest of the UK. This hollowing out of major cities has been widely reported as the “latest” trend, but it was in fact catalysed by Brexit and then accelerated by COVID.

“Our robust data disrupts the notion of COVID as the origin of exodus out of major cities. Certainly, over the past 18 months this behaviour has markedly picked up, and according to recent YouGov research commissioned by insurance provider Paymentshield, the sentiment isn’t abating: 1 in 5 (19%) of 2,180 UK adults said they’d be likely to look to move to a home or area with more green space.

“Yet, while we’ve seen a downturn in the property market ever since Brexit uncertainty, with rents declining in major cities, it has been somewhat rebooted by government-backed initiatives like the stamp duty holiday such that we’ve yet to see property prices decrease with a few exceptions.

“It will be interesting to see what incentives the government may implement to re-populate the cities; reforms to the rail network for instance, have already been designed to entice workers back to their commute and offices.”

Uncertainty persists though, Welch explained. Adding that there’s lots to consider: “We have yet to see the full impact of both Brexit and COVID on the property market: furlough is still to unwind fully; arrears, voids and the like are still an unknown – as is the long-term effect of the stamp duty exemption.

“Likewise, over the last 18 months the impact of COVID has shown the level of importance of the student demographic to the rental economies in University cities and towns – places that have traditionally seen seasonal change in rents as students find accommodation for the new academic year. Any significant shift in the numbers of students looking to rent is likely to impact on rental values and yields in the near term.

“There’s an uptick in new job vacancies across a number of sectors, but nevertheless still a lingering level of uncertainty as to how the true underlying dynamics in the city-based property market will unfold.

“If some of the most recent rental trends were to continue, then we would see London average rental values fall in line with the rest of the UK within a 15-year period. Similarly, we can assume that other major cities will see an equalisation of rental values compared to the areas around them. This may be brought forward by the ongoing exodus out of major cities associated with COVID, as well as changes to people’s ability or desire to work from home and employers’ willingness to integrate this more fully into their future business plans.

“Taking in this decade of data spanning key events in the nation’s history – from the Olympics to Brexit and COVID – offers a panoramic view of the rental market that doesn’t just contextualise the “new” changes imputed to COVID, but forecasts how if these shifts were to continue, we could potentially see a closing North-South divide in a mere 15 years, as London rent evens out with the national average.”