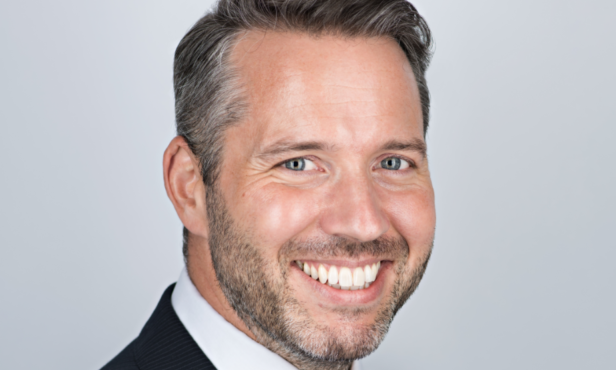 LMS has published its latest Remortgage Healthcheck Index, produced in partnership with the Centre of Economics and Business Research (CEBR), covering Q1 and Q2 2020.

Each indicator is scored between 0 and 100, with scores between 40 and 60 considered neutral, a score below 40 considered negative, and score over 60 seen as positive for the industry.

The overall healthcheck score is the weighted average of each indicator score.

The LMS remortgage index fell by 6.9 points between Q1 and Q2 2020, but despite the drop, the overall healthcheck indicator maintained a neutral score, going from 55.4 in Q1 to 48.5 in Q2.

Across the board, there were falls from each indicator except remortgage approvals, which rose by 12.1 points between Q1 and Q2, driven by a strong increase in the value measure, even as the raw number of approvals declined.

House prices decreased in Q2, leading to a steep decline in the homeowner equity indicator, falling from 55.2 to 0.

The remortgage approvals indicator was the only metric from the index to record an increase between Q1 and Q2 2020, rising from 47.3 to 59.4.

This positions the indicator at the highest level since Q2 2015, despite a sharp fall in the volume of approvals – between the first two quarters of the year, the number of remortgage approvals fell by 30% as the UK housing market was effectively suspended for seven weeks during lockdown.

However, this drop in the number of approvals was countered by a steep increase in the monetary value of approvals, which soared even as house prices came under pressure causing the indicator to rise between Q1 and Q2.

The increase in monetary value of loans was likely caused by homeowners taking advantage of lower rates after the Bank of England cut interest rates to a record low of 0.1% in March.

This is supported by LMS internal data, which shows that 45% of remortgagers in the first half the year increased or maintained their overall loan size.

The spreads between the average fixed rate mortgage cost and the cost faced by lenders to borrow for an equivalent period rose in both Q1 and Q2.

This was despite the Bank of England’s base rate cut, which translated into a fall of 3.3% in the average cost of a fixed-rate mortgage deal.

This increase in spreads was the main driver for the fall in the Borrowing Costs Indicator from Q1 to Q2.

Consumer confidence took a hit as the country went into lockdown. However, the low-point of the CEBR/YouGov consumer confidence metric was reached in April, and as lockdown measures were eased in the following weeks and months, sentiment began to rise again gradually.

Furthermore, over the first half of the year LMS data shows that 65% of remortgagers expect either no interest rate rise at all, or think it’s more than a year away.

Nevertheless, the consumer confidence measure shows a decline between Q1 and Q2 of 4.3 points.

The proportion of borrowers using LMS that opted to increase their loan size fell back marginally, though so  did the share who decreased their loan size. As a result, the measure remained unchanged.

Nick Chadbourne (pictured), CEO at LMS, said: “Green shoots of recovery are sprouting, but we’re not out of the woods yet.

“Despite the COVID-19 pandemic that has dominated the first half of the year, it is promising to see that the effects led to an only marginal decline of 6.9 points for the overall score of our Remortgage Healthcheck Index.

“Our comprehensive, data-led review covering Q1 and Q2 shows stability in the majority of metrics.

“Particularly promising is that the value of remortgage approvals rose sharply, even if overall volumes were down.

“This indicates that lenders are regaining confidence, even if they are testing the waters with a reduced number of loans initially.

“Furthermore, the Borrowing Costs indicator shows a decrease to the average cost of a fixed-rate deal, further positive news for borrowers.

“While the rising spreads in this indicator reveal that the full benefits of a base rate cut aren’t being fully passed onto borrowers, we wouldn’t expect that to be the case just yet, as lenders remain cautious for the short term.

“We cannot ignore Homeowner Equity, which dropped from 55.2 to 0 between Q1 and Q2, the largest fall across the board.

“The outlook for this indicator remains unsettled, despite the rise in house prices fuelled by ‘pent up demand’, according to the latest data from HMRC.

“However, there is still a prediction of further falls as demand plateaus and government support schemes, such as the furlough scheme, come to an end in Q4.

“We are encouraged by the strength of consumer resilience, demonstrated by only a small decline in the borrower sentiment indicator.

“Our data shows that the low-point for the consumer confidence metric was hit in April, and since then it started to rise again as normality has returned.

“Nonetheless, the future is still uncertain, and we will have to take a ‘wait and see’ approach for how both borrower sentiment and the wider market will fare over the second half of 2020.

“Whatever happens, working together to help borrowers has to be a priority for the industry.

“We’ve seen great strides in our ability to deliver digital, remote services, and I hope that once we are through this tough period, some of the positive lessons we have learned can remain and make a lasting difference to the remortgaging and conveyancing processes.”