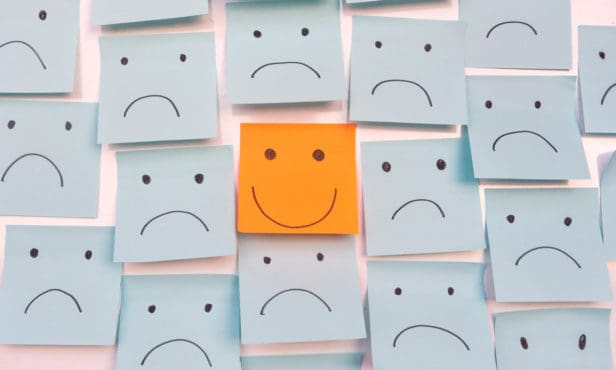 A majority of letting professionals are feeling positive about the future despite a challenging year, according to the latest State of the Industry survey by Goodlord.

In a survey of 350 property professionals, 80% said they felt positive about their future which is an increase of almost 50% since the beginning of the year. Only 1% said they felt “very pessimistic”.

Over half of respondents (53%) also said they felt “very positive” about the future of their own agency.

A majority (84%) said that they were confident their own businesses had the financial resources to continue operating for the foreseeable future, with only 3% of respondents saying they were either were not confident or didn’t know.

Despite a positive outlook amongst the majority of agents, almost half (47%) still cited the ongoing impact of the pandemic as their biggest worry.

Coronavirus related concerns have now overtaken Brexit, which 20% of property professionals said was a concern in the Goodlook survey at the outset of 2020.

Fears about leaving the EU is only cited as a concern for 2% of property professionals, despite the fast-approaching deadline and prospect of a No Deal.

Legislation and compliance is still a concern for those surveyed, with a third of respondents naming this as their biggest concern.

Almost half of respondents find compliance the most challenging part of the lettings process, followed by property management (43%).

Sentiment towards technology has improved significantly since the on-set of the pandemic, with 87% now saying that technology if a force for good compared to 71% recorded at the beginning of the year.

Over half of respondents said that technology and automation would be accelerated in their business as a direct result of COVID-19, with a fifth of businesses looking to reduce the size of their workforce in line with this.

Tom Mundy, chief operating officer at Goodlord, said: “We’ve always known that the lettings industry and those working in it are incredibly resilient. But the last six months have proved that they can weather the most intense of storms.

“After a full industry shut-down, followed by an unprecedented period of demand, the market is demonstrating the strength of its foundation. And whilst concerns remain in the market – from compliance to COVID complications – optimism remains very high and industry professionals are feeling confident about the future.

“It’s also clear that technology has played a pivotal role for the industry during this period, with sentiment towards tech up significantly since lockdown.

“This is one of the long-term changes that the pandemic appears to have accelerated.”