Let daylight in upon the ‘magic’ 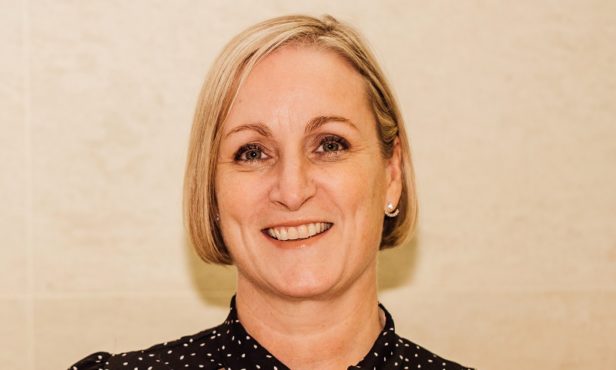 I’m not sure if you’re a fan of The Beatles, but I can tell you there are some jaw-dropping moments in the Get Back documentary, which focuses on their recording sessions of January 1969.

One that stands out – and I see has already gone viral – is that of Paul McCartney seemingly pulling the actual song, Get Back, out of thin air while jamming with a guitar in front of George Harrison and Ringo Starr who both look, quite frankly, bored by this genius.

It is an incredible piece of television, not least because it does feel like daylight is being let in upon magic and McCartney does appear to be channelling the song into existence from essentially nothing.

Now at this point, you’re probably wondering how I’m going to get from the musical genius of Paul McCartney to the mortgage advice profession. Well here goes.

Part of the commentary around the McCartney clip seems to be centred on how ‘he just comes up with it’, which fundamentally discounts everything that has gone before.

McCartney is not simply picking up a guitar for the first time in his life, strumming some random chords and writing a certifiable classic in a couple of minutes.

This ability is of course partly natural but also the product of thousands of hours of practice and performance which have got him to the point where he can do this and make it look utterly effortless.

Now, I’m not saying every mortgage adviser is the financial services’ equivalent of ‘Macca’ but I guarantee that most at some point will have been told by a client that ‘they could have done that themselves’.

The provision of the advice, the recommendation, the understanding of the client’s wants and needs might look so easy that they believe there has been little work involved in getting to this point.

Which often leads many consumers to attempt to try and get back to the same result. I know of someone who works in our industry, who recently attempted to product transfer their mortgage to their existing lender and eventually gave up and asked an adviser friend of theirs to do it, simply because they could not seem to progress the case with the high-street lender.

After spending weeks trying to get the PT sorted with no joy, their adviser got it sorted in less than two days. To say that they wouldn’t even attempt to do this on their own again, goes without saying, but you understand the point here.

And to that end, we perhaps need to be better as an intermediary community in letting daylight into the magic of what advisers do. It may look ‘easy’ to the outside eye, but you’ll know better than anyone else that’s not the case – that getting to the point where it looks effortless takes a lot of effort.

It takes study, qualification, authorisation, strong relationships, constant learning, a feel for what is required, an understanding of where the cases can be placed and (just as importantly) where they can’t. And much, much more.

This quality didn’t simply drop into your lap, so let’s not be shy about marketing all those attributes, what they mean to customers, what they can deliver for them, and the very real prospect that without adviser intervention, borrowers simply don’t get the most appropriate product for their needs.

Similarly, we have the same sort of ‘dilemma’, within the advice profession ourselves. Do we all have the ‘natural’ ability to go it alone? Do we have that confidence to, for example, go DA, and pick and choose what we need elsewhere?

Can we conjure something out of nothing? Or do we want a much fuller, formal support structure to help us make the most of who we are and the qualities we have? Perhaps we make the best ‘music’ as ARs, and then it becomes a job of picking your George Martin-equivalent. Who can ‘produce’ you best?

Let’s be honest here The Beatles were The Beatles because they were not just Paul McCartney and some session musicians. That was Wings! Instead it was John, Paul, George and Ringo and together they were able to produce something utterly mesmerizing, ground-breaking and utterly timeless.

But, they needed each other and then a supporting team to be able to do it. Without that, advisers like them, would have been on a long and winding road to nowhere.

Much like there are few people in the world who can make song writing as effortless as Paul McCartney, there are very few advice professionals who can do what you do. But everyone needs help!

Make sure you market yourself effectively, and have the right team around you to be all that you can be. There should be no issue in spreading that message, in ‘bigging yourself up’ and utilising the services and opportunities a strong network like Stonebridge provides, to enable you to do this.