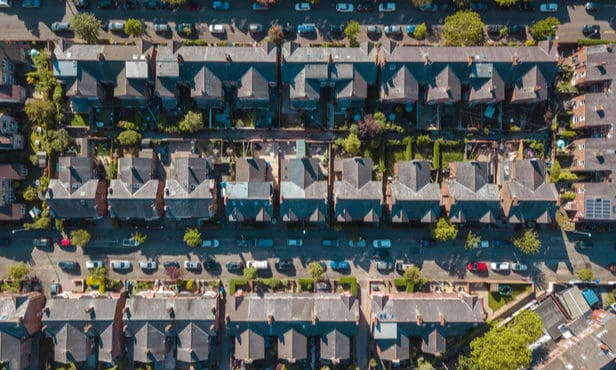 In October the UK saw house prices increase by 5.4% on an annual basis which values the average property at £245,443, according to the latest data from Land Registry.

In England the October data shows that, on average, house prices have risen by 0.6% in the month from September 2020.

Miles Robinson, head of mortgages at online mortgage broker Trussle, said: “Whilst the reported 5.4% increase in house prices over the year to October 2020 is no surprise, it’s important to note that we’re now approaching a critical turning point in the market.

“As buyers rush to submit offers and complete on their home purchase by the stamp duty deadline, it’s likely that we’ll continue to see a rise in house prices up until the end of the year.

“However, despite reports of a predicted further 4% increase in house prices in 2021, we shouldn’t neglect the fact that it will be a very challenging year for many. The number of redundancies reached an unprecedented high in October and alongside this, the stamp duty tax will be reinstated, swaying many homeowners to re-evaluate their move which could have a knock on effect to house prices.”

Anna Clare Harper, chief executive of asset manager SPI Capital, added: “Even though these numbers are a little dated, they show a more complete picture than other house price indices.

“This is important, as in 2020 in particular, heady house price increases have been reported. This alone has been known to influence people’s buying decisions, through a ‘fear of missing out’.

“Looking at sales completed, In October, prices were 5.4% higher than in the previous year. This growth was led regionally by Scotland, and English regions – the North West, East Midlands and Yorkshire and the Humber. It’s worth noting that the volume of transactions this is based on is still significantly below the previous year, with transactions in England 32.4% lower than October 2019.

“What happens next to sales volumes and prices will be a product of our economy, regulatory changes and of course, the success of the coronavirus vaccination programme.”