Holiday lets – ‘school’s out for Summer’ 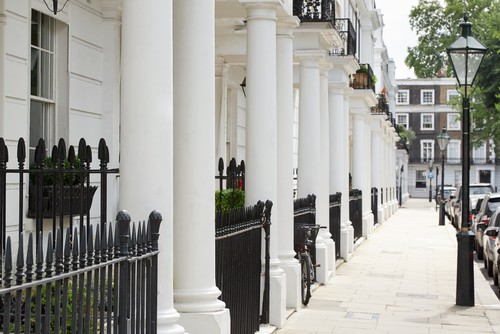 Over the past year house prices in Kensington and Chelsea have fallen by more than twice the annual net salary in the borough, research from homebuying platform, YesHomebuyers, has revealed.

The average house price across Britain has climbed by almost £24,000 in the last year, just shy of the average annual net earnings of £25,266.

In Hammersmith and Fulham, property prices are up £101,496 in the last year, more than two and a half times the average net salary of £39,503. Eight other areas have seen the increase in property values alone far exceed the average annual earnings, including Rutland, Elmbridge, Bromley, Oxford, Cotswold, West Devon, Mole Valley and Three Rivers.

However, while the market is running red hot at present, not everyone has enjoyed a jump in the value of their home.

In Kensington and Chelsea, the average house price has fallen by £145,863. With the average person making a net annual salary of £64,236 in the borough, the drop in house prices seen in the last year alone is equivalent to more than two times the average earnings.

Thankfully, Kensington and Chelsea is the only area where house price depreciation has exceeded the average earnings, but others have come close.

Ryedale has seen a drop of £11,830, nearly half the annual net income of £21,756, with house prices in Stroud and Chichester also falling by around half the average earnings.

Matthew Cooper, founder and managing director of Yes Homebuyers, said: “While some homeowners have seen their home earn more than the average wage in a single year, not everyone has reaped the benefits of the stamp duty holiday boom.

“Although annual house price declines are few and far between, those to see a drop have effectively seen half of their annual income, or more, wiped from the value of their home.

”This really demonstrates the vast and varied nature of the national property market and how you can’t rely on top-line price trends when it comes to valuing your home in anticipation of selling it.”