Is the pandemic-driven suburban shift overstated? 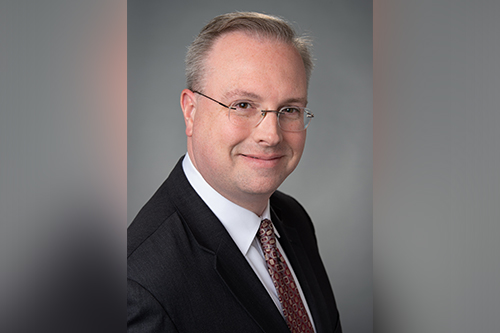 It’s been one of the key narratives for the real estate and mortgage industries through 2020: homebuyers, afraid of high-density urban living during a pandemic, are fleeing American cities in droves and relocating to suburbs and ex-urbs. This suburban shift is taken almost as a given and repeated regularly by mortgage professionals. But, are we all making too much of it?

Mark Fleming, chief economist at First American, thinks we could be overstating the shift as a nationwide phenomenon, rather than something impacting a few cities with common characteristics. Accepting that economic data is often slow coming, Fleming noted that the price shifts that would confirm significant flight away from urban centers haven’t manifested nationwide yet. Robert Dietz (pictured), chief economist at the National Association of Home Builders (NAHB), disagreed with Fleming’s take and offered some reasons as to why this suburban shift can be seen as fundamental and nationwide. Fleming, however, stressed that the unique pressures of a pandemic on city dwellers are at their worst only in a few American metros.

“New York is the most densely populated urban center in the United States and during a pandemic, density is bad,” Fleming said. “New Yorkers rely heavily on public transportation and the subway, in particular, as a primary form of transit. Enclosed underground tubes with lots of people in them during a pandemic is very bad. Now, think about other highly dense metropolitan areas reliant on public transportation. We’re talking about other markets in the Mid-Atlantic like Philadelphia, Boston, Washington D.C., Chicago, and San Francisco.

“A Houston, Jacksonville, Charlotte, Atlanta, or LA, those cities feel suburban already. There’s not the same drive in many of these metropolitan areas that there would be in these dense cities.”

Read more: What to expect at this week’s Fed meeting

In addition, he stressed that the suburban shift was a pre-pandemic phenomenon, largely driven by affordability outside major cities and a generation of millennials choosing to purchase homes and raise families in the ‘burbs. He said that while a nationwide suburban shift is ongoing, a pandemic-driven one is localized to a few key cities.

Rob Dietz pointed to new home construction data from 2020 to disagree with Fleming. While he emphasized that a pandemic-driven suburban shift is “not an exodus” in the way members of the media can sometimes make it sound, looking at permitting data and the pace of housing starts, he noted that the fastest growth areas for new housing are in smaller metro core counties (29.4% of starts with a year-over year growth rate of 12.3%) and in outlying counties (8.9% of single-family construction growing at a rate of 15.1% year-over-year).

Dietz noted, too, that while only 34% of multifamily construction is in low density markets, those markets have outpaced higher density markets in the last four quarters. Builders have spent 2020 expecting a suburban shift nationwide, both in single family and multifamily.

Read more: Have we seen unsustainable house price growth in 2020?

Dietz agrees with Fleming in saying that this trend was already ongoing. He emphasized, however, that the pandemic has accelerated the trend nationwide. He also expects the arrival of a vaccine, and price differences between fast-growing small metros and large centers to shift some demand back to the city.

Dietz also emphasized the newfound prevalence of telecommuting in how Americans will decide where they live. He expects some return to in-person offices to come when the pandemic passes, but thinks that many employees won’t be commuting to the office more than 2-3 days a week. That reality will cement this shift to the suburbs and ex-urbs as workers get more for their money further out. He said that homebuilders are already building where the pandemic has helped shift demand.

“Preferences have changed, buyers want more space and some of this was going to happen anyway because of millennial buyers,” Dietz said. “I think what the virus crisis has done is accelerate some of that change…developers are betting on that change taking place over the next couple of years.”